Melanie Brulée – the songwriter who played an official SXSW showcase this year and has lived in Paris, Nashville, and Australia and whose new album speaks to leaving destructive people and habits behind – will launch a North American tour July 1. Spotify put her on its official Down Home Country and Renegade Folk playlists. The Boston Herald described her music as “The lonesome ballads and rootin’-tootin’ barnburners[,] tremolo guitar and the high-plains-drifter whistling straight out of a spaghetti Western.”

No Depression said, “Melanie Brulée’s new album, ‘Fires, Floods & Things We Leave Behind,’ explores the wide open spaces of the Wild West — and she’s got the voice to fill it.” The Boston Globe praised her “echoing, spaghetti-western sound,” going on to said that she “carries it off with aplomb.”

The album will be released on vinyl August 2. 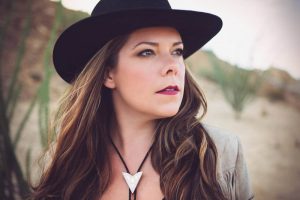 For more information on Melanie Brulée, please contact Nick Loss-Eaton at nick.losseaton@gmail.com or 718.541.1130.