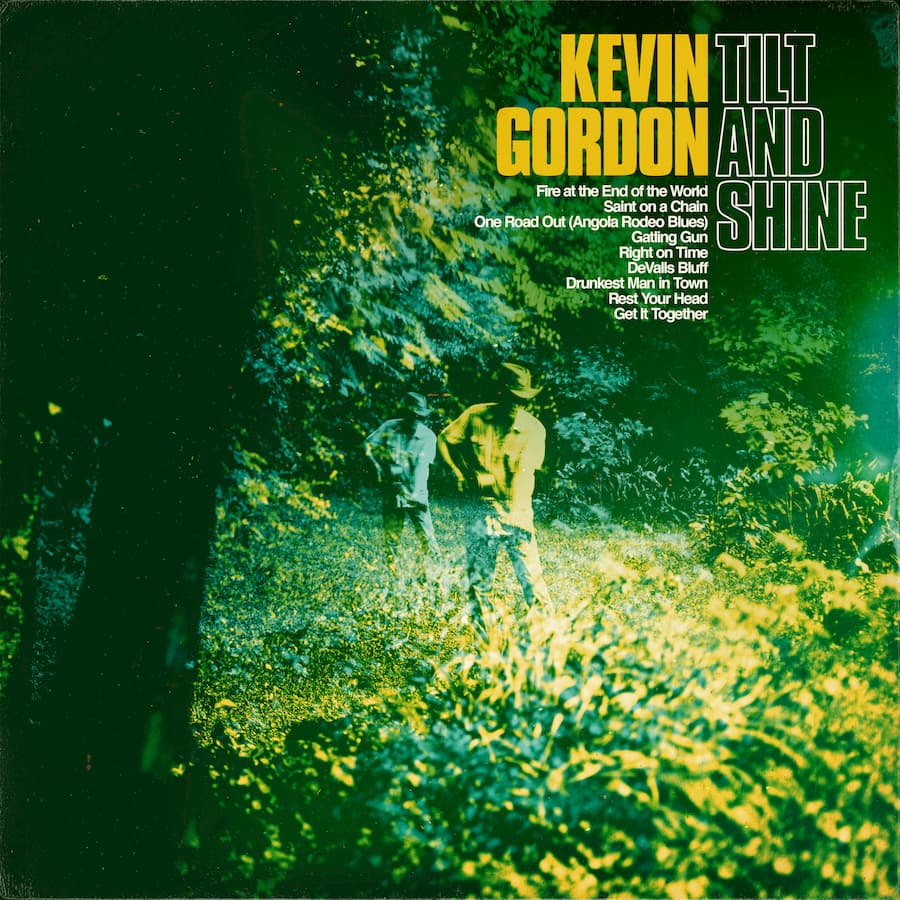 Kevin Gordon: Tilt and Shine "It’s another example of why he’s one of America’s finest, most literary and talented musicians."  |  Read More at...
Read More

2. Kevin Gordon: Tilt & Shine "The blues set the mood and the poetry fills in the details."  |  Read More at Paste
Read More

10 Best Country and Americana Songs of the Week "Employing a steady, chugging groove that flows like water on its way to the sea, Gordon unfurls the...
Read More

A fixture of the New Orleans music scene for over two decades, The Iguanas music is an infectious mix of all of North America’s musical heritage -...
Read More

Kevin Gordon’s Louisiana is a strange place. In his songs, it’s a place where restless teens road trip to where the highway dead-ends at the Gulf of Mexico; a place where prisoners who are in for life compete in a rodeo in front of spectators; where a man can get lost in the humid afternoon and where religion may not signify hope; where the KKK greets a high school marching band and its African-American teacher along a parade route; where a post-ZZ Top show hang out outside a McDonald’s reveals a hidden gun; where a Pontiac GTO gets stolen, ends up in a lake, and punishment takes precedence over remuneration; where half-Comanche folksinger Brownie Ford can escape death and proffer advice on staying real and free; where Jimmy Reed is the true king of rock & roll; and where rivers, never far away, carry secrets behind levees.

The kicker? All of these songs are based on true stories. Kevin Gordon has been exploring Louisiana for twenty years now, on the eve of the release of his powerful new album Tilt & Shine, out July 27, 2018 on Crowville Media. “One of the things I like about it and am mystified by is that what passes for normal in Louisiana would not make the grade elsewhere,” Gordon says. He continues, “It’s only 4 ½ or 5 hours from Monroe,where I grew up,to New Orleans; the influence of south Louisiana, the Acadian culture, the diverse influences of New Orleans, all that stuff kind of floats around the state.” Gordon’s MFA from the Iowa Writers’ Workshop allows him to capture it with a degree of precision. As the New York Times put it in its headline of a feature on Kevin, “A Musician Or A Poet? Yes to Both.” Lucinda Williams said, “He’s writing songs that are like short stories” and noted music journalist Peter Guralnick has said, “Think of John Lee Hooker tied to the hard, imagistic poetry of William Carlos Williams, and you get a little bit of the picture.” With all these accolades, it’s no wonder that Gordon’s songs have been covered by the likes of Keith Richards, Levon Helm, Irma Thomas, The Hard Working Americans (featuring Todd Snider), Ronnie Hawkins, Sonny Burgess, and Southside Johnny.

Echoing Faulkner’s famous line that “the past is never dead; it’s not even past,” Kevin declares, “There’s something about that bouncing back and forth between present tense and past tense that provides a powerful energy to work from. There are so many stories in Monroe and it’s a place that nobody pays attention to. It’s still got a real provincial thing about it that is intriguing because you feel like not everything’s been figured out. For me, you can feel the arc of time passing: you can drive by the house you lived in when you were 12; you remember things that happened there. I’m captivated by the power of strong memories—those films that run continuously in your mind, if you let ‘em.”

Before you even hear Kevin Gordon’s vivid lyrics, you start feeling the sound of that ’56 Gibson ES-125 tuned down to low, open D, with the tremolo flowing like a river, and an unstoppable groove distilled from swamp blues and Sun Records. “It inevitably provides weird sounds and chords that I would not have figured out on my own,” Gordon says. “You’re just sitting there playing and listening until something accidental sounds interesting.” It’s also a sound that comes of the four-album partnership with producer Joe McMahan (Patrick Sweany, McCrary Sisters, Shelby Lynne & Allison Moorer) , who says, “It still blows my mind how after all these years he continues to bring songs to the table that are as good or better than anything he has written in the past. When the bar is raised to such a high level by songs like these, it mandates that all of us involved demand the highest level from ourselves. I’m very fortunate to be involved.”

Coming of age in fits and starts is a theme to which Gordon has returned several times and he finds a new story here in the unsettling, insistent groove of “Fire at the End of the World,” a tale of friends who ran off with their parents’ car and a stash of drugs to see the point where the highway ends and the backwaters of the Gulf of Mexico begin. “Saint on a Chain” ranks up there with some of the best songwriting around, according to Paste Magazine’s Geoffrey Himes, who witnessed a live version at Americana Fest. It also came out of one of Kevin’s visits to Monroe, talking with an old friend. “We were sitting in his truck one time. He was playing a Springsteen record for me and he was under the influence of something pharmaceutical,” he remembers. Gordon spent years perfecting the song, saying, “I started thinking about the St. Christopher’s medal he wore, and ended up reading the story of how Jesus appeared as a child to the saint, as Christopher was helping people cross a flooded river. The Ouachita River runs between Monroe and West Monroe, and like a lot of rivers, it isn’t exactly crystal clear.” The song’s finale could see the character about to run his car off the road in a fit of self-destruction or perhaps on the verge of redemption.

These same themes play out in a more humorous fashion on rocking album closer “Get It Together” aka “Shit Together.” Sardonically, Gordon says, “It’s easier to talk about yourself when you’re not using the first person point of view. This is a song about what seems to be a constant battle of adulthood—negotiating that gap between knowing what you need to do, and actually doing it.” “Get It Together” also reminds one that Kevin’s no folksinger, launching into a kicking rock and roll groove. Similarly, “Right On Time” rips out of the gate, poking fun at the notion that things happen when they’re supposed to but also accepting the strangeness of the rock & roll road and its little victories.

One of the most powerful songs on the album, “One Road Out (Angola Rodeo Blues)” kicks off with a wicked John Lee Hooker-esque guitar line. Kevin says, “Joe handed me [Delta bluesman] Son Thomas’ fake Strat and I plugged it into one of his little amps and it sounded like Satan coming up from the sewer.” The sound evokes the setting, the infamous Angola State Penitentiary (one-time home to Lead Belly, bluesman Robert Pete Williams, and setting of the recent documentary “Serving Life”), where prisoners engage in a rodeo and a craft fair for a public audience. He adds, “It’s hard to watch, heartbreaking, even though those guys look forward to it.” With Tilt & Shine, Kevin Gordon takes the bitter with the sweet. His eye for a great story and ear for a key turn of phrase makes his songwriting a masterclass in craft, and an unflinchingly honest look at life in Louisiana.