“An update on the ghostly, close-to-the-bone approach of Delta bluesman Skip James. But don’t be fooled — the legendary Burnside and Kimbrough clans are among his gurus, and he’s learned well.”
–Nashville Scene

Songwriter/guitarist Ryan Lee Crosby may be from Boston, MA, but his musical home is in Mississippi. Fans can journey there either to see him at festivals or figuratively by listening to his new album Winter Hill Blues, produced at Delta-Sonic Sound in Memphis, TN by Bruce Watson, of Fat Possum, who produced all-time great albums by R.L. Burnside and Junior Kimbrough. Crosby has befriended GRAMMY-nominee Jimmy “Duck” Holmes, last purveyor of the Bentonia, MS style of blues featuring minor-key, open-tuned guitars and falsetto singing, most exemplified by Skip James. Guitar Player Magazine spotlighted Crosby in an article on James and the Bentonia style.

First single “Down So Long” came out last fall (OK to share).

“Slow Down” will follow it as a single on April 19.

Crosby has also absorbed the hypnotic, one-chord stomps of North Mississippi Hill Country blues. With Watson as producer, Crosby knew he was in good hands, saying, “I’ve been deeply influenced by the albums Bruce has been associated with at Fat Possum, including classics by R.L. Burnside, Junior Kimbrough, and Robert Belfour. To work with Bruce brought me full circle.” It’s Crosby’s most emotionally affecting work to date. He proves himself a restlessly creative, master guitarist, playing both electric and acoustic 12-string guitars as well as lap-style guitar on Winter Hill Blues. He is continually writing and producing his recordings at home via four-track cassette and analogue tape gear.

This is no revivalist album! Crosby blends echoes of the sounds of Mali and India into his approach and writes about contemporary themes such as that seemingly-inescapable harried feeling that life in 2022 portends. “For me, Winter Hill Blues is the culmination of all those experiences and influences,” Crosby says. “I hear blues, Indian classical music, and Malian guitar as being interconnected through the common traits of a centered harmony, with an emphasis on melody, supported by repetition and rhythm, while singing the truth of one’s experience within a spare, beautiful framework that reflects an openness of mind and heart.” The album also includes an interpretation of “Wish I Was In Heaven Sitting Down” by Robert Wilkins, who the Rolling Stones famously covered.

Press and fans have already started catching on to Crosby. He’s opened shows for Pokey LaFarge, The Hold Steady, aa bondy, Charlie Parr, and Holmes. He’s been invited to tour Europe several times and been featured on the syndicated radio show Beale Street Caravan, which airs on over 100 stations nationwide. 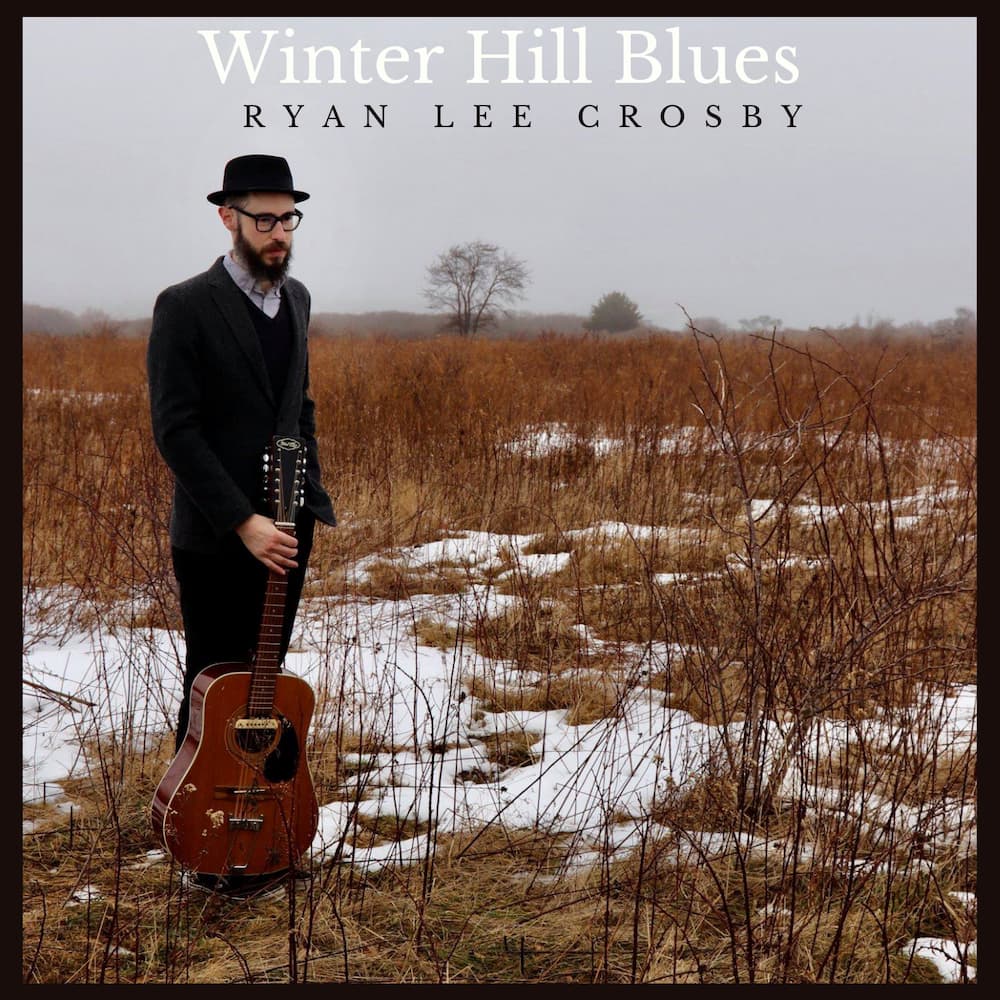