Bruce Watson’s acclaimed Memphis, TN-based label Bible & Tire Recording Co. has confirmed The Last Shall Be First: The JCR Record Story, Volume 1, out September 18. The collection features seventeen tracks recorded in Memphis during the 1970s along with complete liner notes by music historian/musician Michael Hurtt. Watson and JCR Records head Juan D. Shipp met twice a week for three months to transfer and archive over 170 reels of tape. Brooklyn Vegan has posted “Keep on Pushing” by the Calvary Nightingales.

In under a year since its founding, Bible & Tire Recording Co.’s releases have found acclaim with NPR, VICE Magazine, Billboard, Brooklyn Vegan, and beyond. NPR’s Robin Hilton said, of the Dedicated Men of Zion album, “The world needs this music right now.” VICE Magazine ran a full feature on the label.

Bible & Tire is working from the deep well of music which was recorded by Pastor Juan D. Shipp starting in Memphis, TN, 1972. The sacred soul radio DJ (on KWAM and history-making station WDIA), Air Force veteran, and Pastor noted a massive disparity in sound between the large sacred soul labels and small, local labels. With encouragement from his mentors and stumbling on a studio above a burger joint downtown, he decided that if no one else was going to do it, he might as well. In the ensuing 13 years, he recorded over 75 acts for D-Vine Spirituals and JCR Records at Sun Records recording artist Clyde Leoppard’s Tempo Recording Studio.

D-Vine Spirituals was the flagship label but Shipp, with musicians and producers Charles Jones and Robert Bowers, also recorded other artists he didn’t feel were right for D-Vine for his JCR Records. Shipp was also a more involved producer than others around town, insisting on multiple takes of a song until it was right.

Aside from their stellar audio and pressing qualities, Shipp’s productions — whether they were released on D-Vine or JCR — possessed something that’s even harder to achieve: their very own sound and style; a combination of distinctively deep and beautiful vocal harmonies, up-front guitar, grooving bass, explosive drums, and that ever-present overtone of rhythm and blues and country and western that swirled together under the roof of Stax Records just a few years earlier. From the very first singles by the Traveling Stars, the Exciting Legion Aires, Elizabeth King and the Gospel Souls and Elder Ward and the Gospel Four, it was crystal clear to anyone listening: a D-Vine disc wasn’t just ordinary gospel — it was the very essence of gospel soul at its finest. The JCR sides may have been a little more rough and ready, but records like the Silver Wings’ wah-wah-flavored “Call On Him” and the Calvary Nightingales’ insistent “Pushing For Jesus” were drawn from the same well and featured many of the same secret ingredients, beginning with teenage guitarist Wendell “Music Man” Moore. “The organ was manned by Thomas Knight and the piano was graced by Jessie Mae Shirley of the Shirley singers. Jack Stepter of the Stepter Four Singers would help with voice for groups that needed it.”

Hailing from the Mississippi towns of Senatobia and Corinth respectively, the Spiritual Harmonizers’ standout rendition of the traditional “Over The Hill” and the Pilgrimairs’ “Father, Guide Me, Teach Me” were the perfect hard-hitting melee of bluesy guitar, splashing crash cymbal and heart-wrenching vocals, while on the other end of the spectrum, the Dixieland Singers and the Hewlett Sisters contributed the haunting, piano-led “God’s Got His Eyes On You” and “The Last Day.” The musical hot point of nearby Holly Springs (the hometown of childhood friends Junior Kimbrough and Charlie Feathers) hatched both the female-led Vigil Lights, who turned in the intense, time-stopping “What A Meeting,” and the venerable Stars Of Faith, whose 2017 live album Go Tell Somebody featured a spirit-filled version of their JCR single, “Sitting Down.” The Masonic Travelers also kicked off a successful gospel career with their popular “Rock My Soul,” while the Southern Nightingales’ “Every Knee Must Bow,” the Johnson Sisters’ “You Can’t Hurry God” and the Gospel Travelers’ “Where Are You Going To Run” sounded at once archaic and modern, displaying the raw immediacy so adored by gospel quartet fans.

In collaboration with Shipp, Watson has called other recordings artists from the JCR and D-Vine labels back into the studio for new recordings. More on that next time.

The Last Shall Be First: The JCR Record Story, Volume 1 Tracklisting:
The Calvary Nightingales – Keep On Pushing
The Pilgrimairs – Father Guide Me
The Johnson Sisters – You Can’t Hurry God
The Silver Wings – Call On Him
The Southern Nightingales – Every Knee Must Bow
The Spiritual Harmonizers – Just Over The Hill
The Seven Souls – I Want To Move A Little Higher
The Vigil Lights of Holly Springs – What A Meeting
The Dixie Wonders – Someone Who Cares
The QC’s – You Can’t Hurry God
The Hewlett Sisters – In The Last Day
The Dixieland Singers – God’s Got His Eyes On You
The Stars Of Faith – Sitting Down
The Masonic Travelers – Rock My Soul
The Chosen Wonders – Too Late Too Late
The Gospel Travelers – Where You Gonna Run
The Bible Tones – Sinner Man (What You Gonna Do) 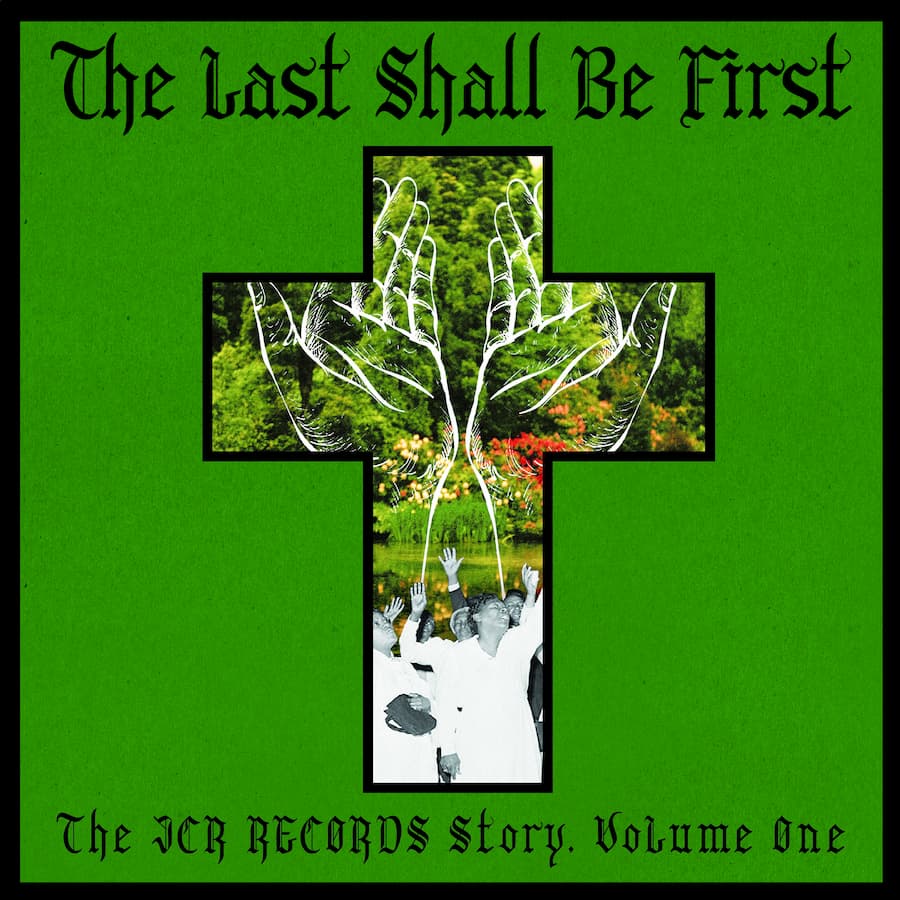