Music Maker Relief Foundation to Release Album June 1 on CD to Its Listeners Circle, July 1 to the General Public via Streaming and Download

Flames engulfed Birmingham, Alabama bluesman Charles “Sugar Harp” Burroughs’ van, packed with all of his belongings and instruments. Sugar acted on instinct, jumping out of the moving vehicle, and rolling on the ground to extinguish the fire that had spread and caught onto his jacket. It was close to Thanksgiving, 2019. Sugar was completely distraught, and soon thereafter, when the pandemic hit, he worried he might be done playing the harmonica for good.

But a year and a half later, with the help of a few friends, Sugar had a new ride, a set of harmonicas, and was on stage at the prestigious Telluride Blues & Brews Festival—and now sees his debut album Sugar Is My Name, set for release via Music Maker Foundation. The album will be available on CD exclusively to the Music Maker Listeners Circle on June 1 and will be available to the general public streaming July 1. The Listeners Circle makes Music Maker’s recordings possible.

When Charles Burroughs was 8 years old, his great-grandfather would simultaneously blow harp and strum a handmade guitar formed from an orange crate and broomsticks. Charles would say, “Grandaddy, I need to do that.” If you witness what Charles describes as his “down in the gutter, back alley, storytelling blues” today, you’ll know he inherited his great-grandfather’s creativity and musical talent. In the decades since he first picked up the harmonica, he has more than earned his moniker, Sugar Harp.

Above: Singing at Telluride Blues & Brews, one of several sets

His original lyrics are a little raunchy, full of innuendo but always clever, such as on the slow and steady “Special Recipe,” the rhumba blues “Lemon-Squeezin’ Fool,” and the laugh-out-loud “My Truck My Dog My Wife,” with a groove that reminds one of Billy Boy Arnold or Junior Wells. Sugar guides listeners to draw their own conclusions, never saying anything X-rated outright, keeping his shows technically family-friendly but keeping the audience cracking up. In addition to his original songs, Sugar tackles B.B. King’s 1966 Billboard Top 100-charting hit “Don’t Answer the Door,” here retitled “I Don’t Want a Soul Hangin’ Round.” 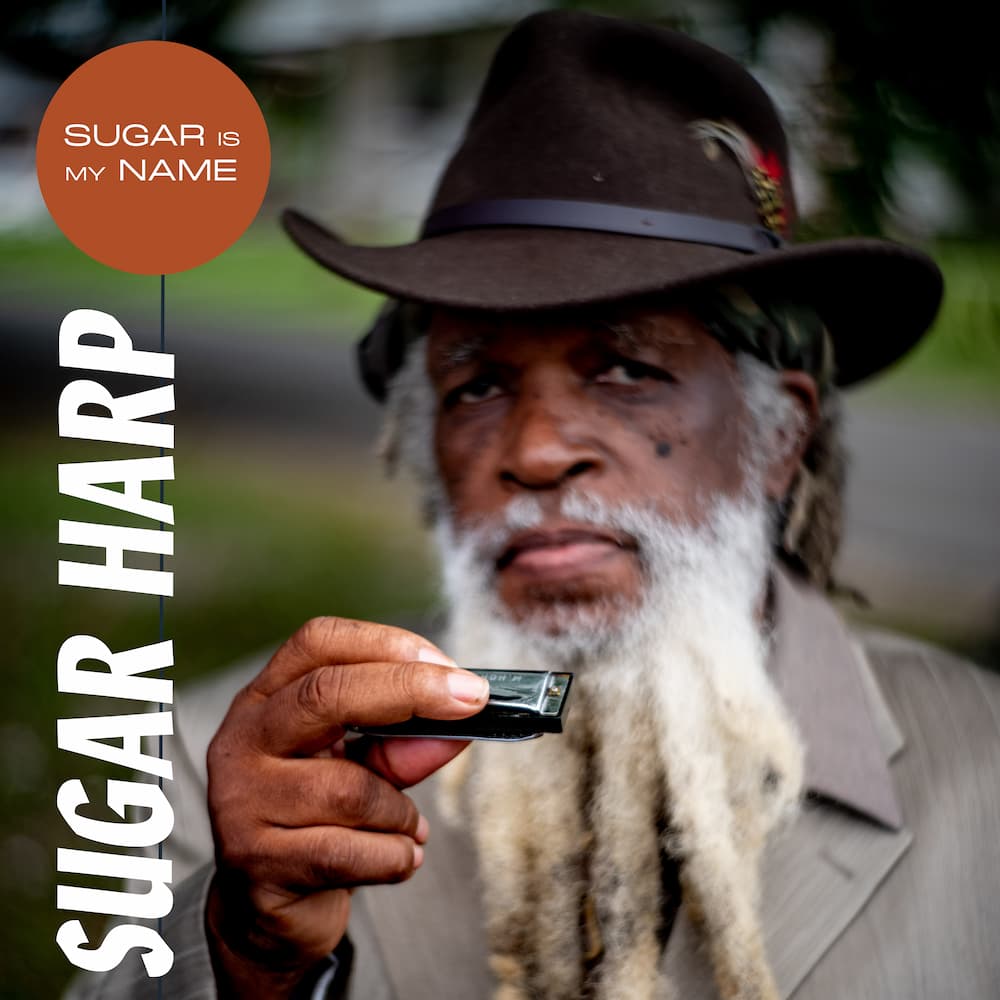