Shares new single “(Take Me To The) Wide Open Lows”

Today, multi-award-winning tenor saxophonist and composer, Binker Golding, has announced details of his much anticipated second solo album Dream Like A Dogwood Wild Boy which is due out 17 June 2022 via London independent tastemaker label Gearbox Records. To mark the announcement, Golding has also shared the first single to be taken from the record titled “(Take Me To The) Wide Open Lows.”

This new material marks Golding’s first solo material since releasing his critically acclaimed debut album Abstractions Of Reality Past And Incredible Feathers (2019), which saw him earn plaudits from the likes of The Wire, Stereogum, The Guardian, The Vinyl Factory, Red Bull Music, WBGO, Jazzwise, The Financial Times, and MOJO (#2 Jazz Album Of The Year). Outside of his solo work he is known for co-leading Binker & Moses with Moses Boyd; his duo work with Elliot Galvin; and his trio work with John Edwards & Steve Noble. He won the Jazz FM instrumentalist of the year award in 2020 and has won another four awards with Binker & Moses, including a MOBO award in 2015.

The first single to be taken from the album, “(Take Me To The) Wide Open Lows” perfectly exemplifies this inimitable blending of styles. Opening with blues slide guitar riffing, the track quickly expands with piano, drums and bass whilst Golding lays down roots inflected jazz sax lines. The song, much like many of the tracks on the album, evokes the wide-open landscapes of the American mid-west. The single stands as further evidence of Golding’s ability to skilfully traverse styles, genres, and expectations without ever being pigeonholed.

The new album also sees Golding collaborating with some of the scene’s most talented artists. Pianist Sarah Tandy provides her ever brilliant comping throughout & gives one of her hallmark introspective solos on “All out of fairy tales”. Guitarist Billy Adamson brings his full toolbox of electric and acoustic blues / country influenced, hard-hitting guitar lines, laying down one of the best solos on the album on “Love me like a woman”. Double bass player Daniel Casimir is his usual, solid self with a huge sound & precision timing. Drummer Sam Jones is subtle where needed & keeps tracks like “Howling & drinking in god’s own country” & “With what I know now” moving forward with fierce momentum. All the while, Binker Golding does what he does best, but in a more borderless, expansive and dynamic fashion than ever before.

Dream Like A Dogwood Wild Boy was produced by Binker Golding, recorded by Matt Mysko at Metropolis studios, mixed by Hugh Padgham at Platoon studios & released on Gearbox records. 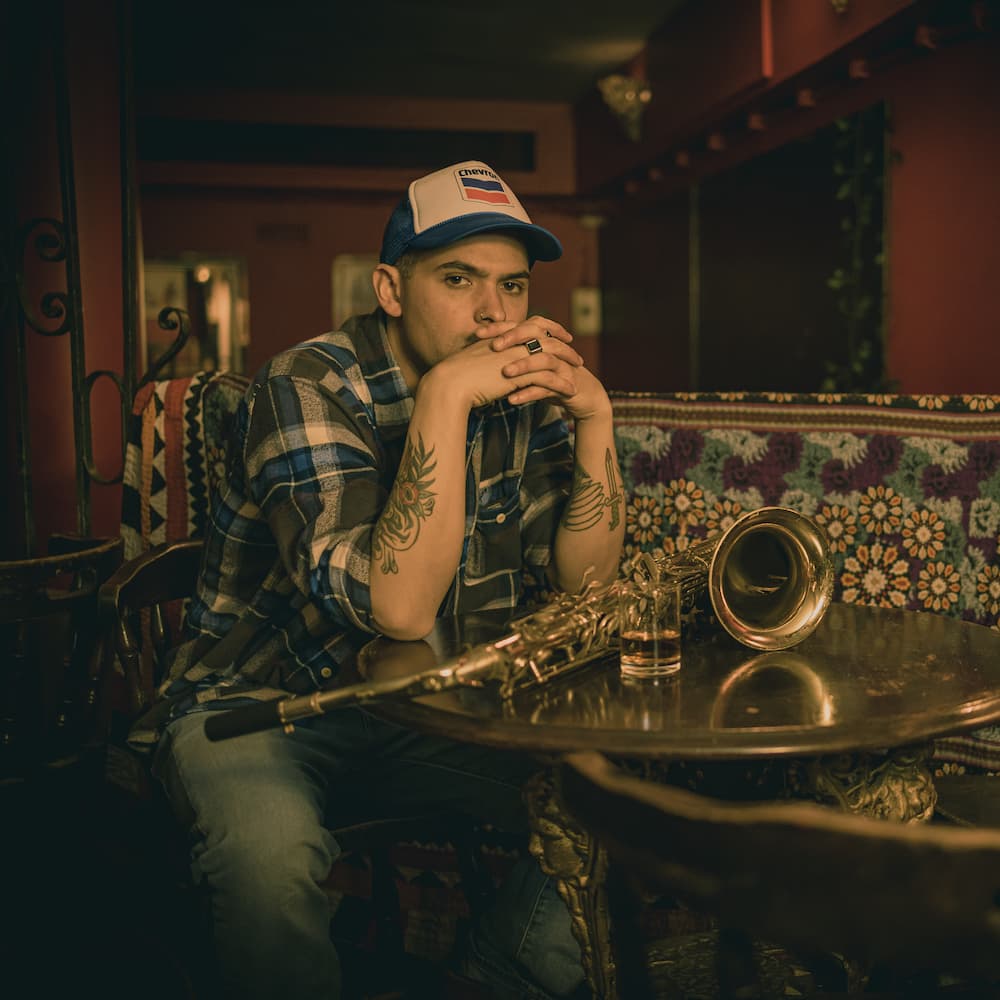