“**** (out of 5)… Dogwood Wild Boy rolls with a lyrical flow while slyly subverting from within… Golding and band gently twisting out of shape familiar ‘70s rock tropes… their chemistry explicit.”
–Andy Cowan, MOJO Magazine

“Exploring themes of manhood and beyond, its songs also find Golding moving towards a new sound, incorporating elements of blues, heartland rock and Americana while remaining firmly rooted in the jazz idiom.”
–Matt Micucci, Jazziz, June 2, 2022

“Golding takes new inspiration from blues, rock, and Americana as a fresh launch point for his jazz musings.”
–The Vinyl Factory, June 1, 2022

“Epic… Dream Like A Dogwood Wild Boy (Gearbox Records) is such a strong album… Binker Golding has really put himself on the map as composer/leader with an album that coheres from top to bottom and from start to finish… Some really good things have coalesced here.”
–Sebastian Scotney, The Arts Desk, June 16, 2022

“You can hear the way it communicates the contrasts between the expanse of the music and middle American landscapes and the inner depth of Golding’s thoughts.”
–Jordan Mainzer, since I left you, June 15, 2022

This new material marks Golding’s first solo material since releasing his critically acclaimed debut album “Abstractions Of Reality Past And Incredible Feathers” (2019), which saw him earn plaudits from the likes of The Wire, Stereogum, The Guardian, The Vinyl Factory, Red Bull Music, WBGO, Jazzwise, The Financial Times, and MOJO (#2 Jazz Album Of The Year). Outside of his solo work he is known for co-leading Binker & Moses with Moses Boyd; his duo work with Elliot Galvin; and his trio work with John Edwards & Steve Noble. He won the Jazz FM instrumentalist of the year award in 2020 and has won another four awards with Binker & Moses, including a MOBO award in 2015.

Following the release of his expansive lead single “(Take Me To The) Wide Open Lows,” the new track continues to perfectly exemplify Golding’s ability to skilfully traverse genres and expectations without ever being pigeonholed. Combining heart-land rock instrumentation with roots inflected jazz sax and emphatic piano lines, the song – much like many of the tracks on the album – evokes the landscapes of the American mid-west.

Speaking on the single, Golding says, “The sensibility of the song grew out of a bunch of things I wished I’d said to my father & my step-father, but no longer can. The essence of the overall sound is one of remembering & reflection. That’s the heart & soul of it. It has a deliberately forced happy ending though. There were no happy endings for my two dads in real life, so I forced it into my music. You can’t control life, so you try to control art instead”.

The new album also sees Golding collaborating with some of the scene’s most talented artists. Pianist Sarah Tandy provides her ever brilliant comping throughout & gives one of her hallmark introspective solos on “All Out Of Fairy Tales”. Guitarist Billy Adamson brings his full toolbox of electric and acoustic blues / country influenced, hard-hitting guitar lines, laying down one of the best solos on the album on “Love Me Like A Woman”. Double bass player Daniel Casimir is his usual, solid self with a huge sound & precision timing. Drummer Sam Jones is subtle where needed & keeps tracks like “Howling & Drinking In God’s Own Country” & “With What I Know Now” moving forward with fierce momentum. All the while, Binker Golding does what he does best, but in a more borderless, expansive and dynamic fashion than ever before.

Dream Like A Dogwood Wild Boy was produced by Binker Golding, recorded by Matt Mysko at Metropolis studios, mixed by Hugh Padgham at Platoon studios & released on Gearbox records. 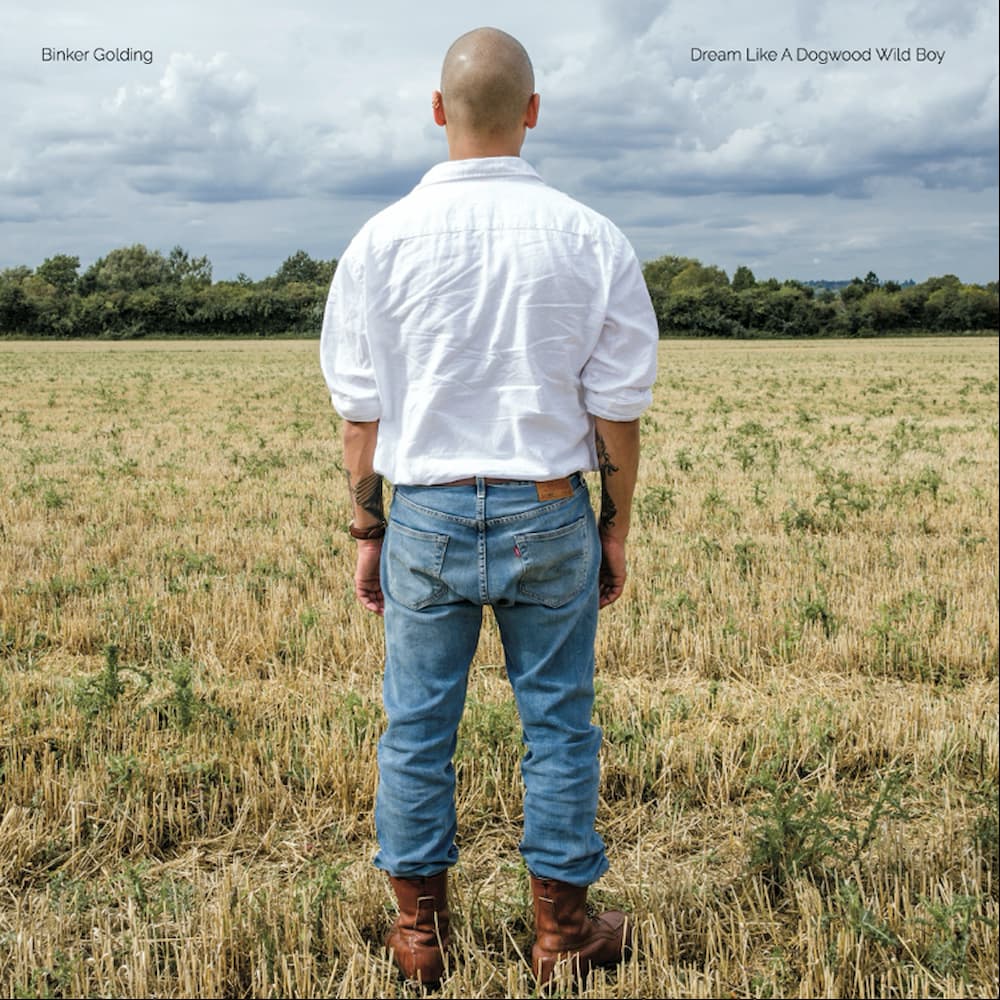