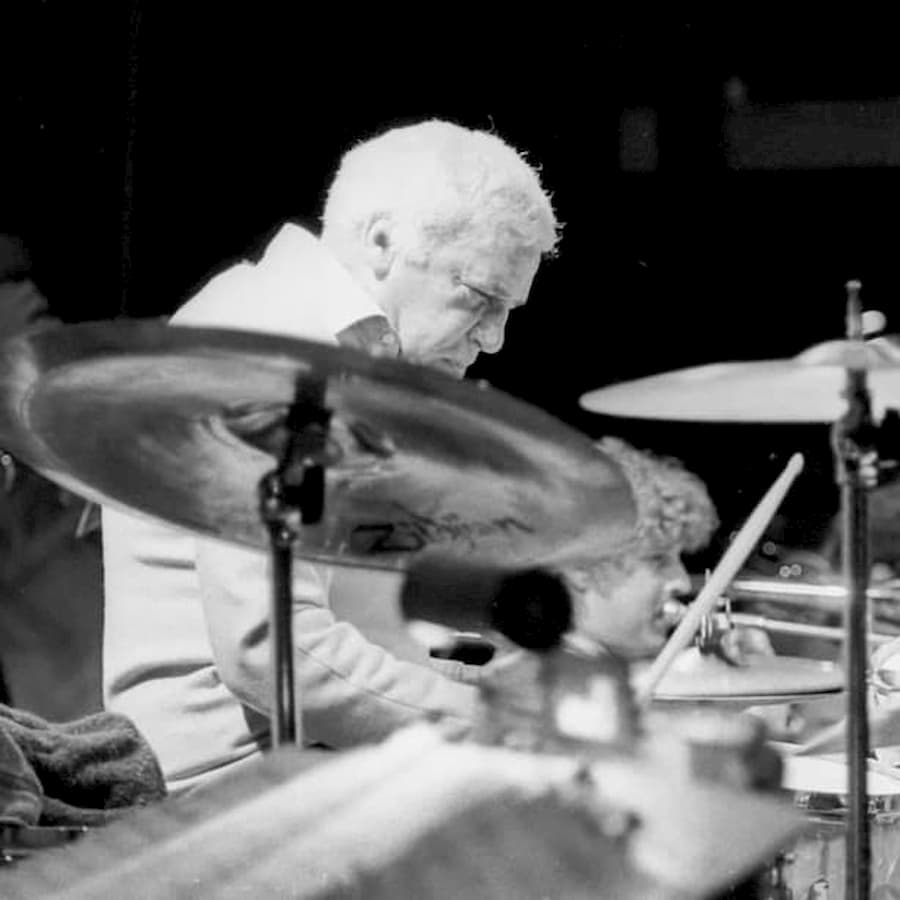 "He Kept Pushing to the End""A previously unreleased concert, taped less than six months before Rich’s death, reveals his ability to propel a band...
Read More

"He Kept Pushing to the End""A previously unreleased concert, taped less than six months before Rich’s death, reveals his ability to propel a band...
Read More

In November of 1986 I was living in Los Angeles, the mother of a two-year-old boy. On the 15th of that month something compelled me to get on a flight to London to visit my father who was on tour in the UK, leaving behind my son which I had never done before.

Looking back on it now, it was the best decision I ever made. My dad was getting ready for a two-night live recording at his favorite place to play, Ronnie Scott’s. This was a deep and long love affair with the country and this particular club. Ronnie Scott was a long-time friend and the owner of the premier jazz club in the world. Their mutual admiration was palpable. Playing there was always the last week of an incredible month of touring the UK and was looked forward to like Christmas. No one knew at the time but this would be my last trip with him and his last performance there.

The band personnel on that tour had been together for a couple of years which, for my dad, was an eternity. They were the hottest, tightest group of musicians that he had had in a long time and his happiness with them showed. He was the most relaxed and at ease that I had seen him in a very long time. No angst, no worries, no issues. It certainly showed in everyone’s playing, including his. They were a laser beam of music. Fifteen people playing like one.

The Rolling Stones mobile recording studio blocked tiny Frith Street and the buzz in the club was overwhelming. It was almost supernatural. We were all witnessing something that we would never see again.

My dad chose set lists for the two nights that I hadn’t heard before. He was always brilliant in choosing the right sets, but this time he shied away from the tried and true and went to places musically that were very different. It was as if he knew that he didn’t have to prove anything anymore and could relax and go wherever he wanted and enjoy it. I think the end result proves just that. For two incredible nights I got to sit in the audience and cheer right along with everyone else. I will always remember that time as one of the greatest moments in my life. Now I can revel in the fact that, thankfully, his last recordings were caught on tape for all of us to enjoy forever.

It has taken thirty-three years to finally get these recordings out. An absolute labor of love that I never gave up on. At times it was quite a struggle, but in the end it was all about the music.