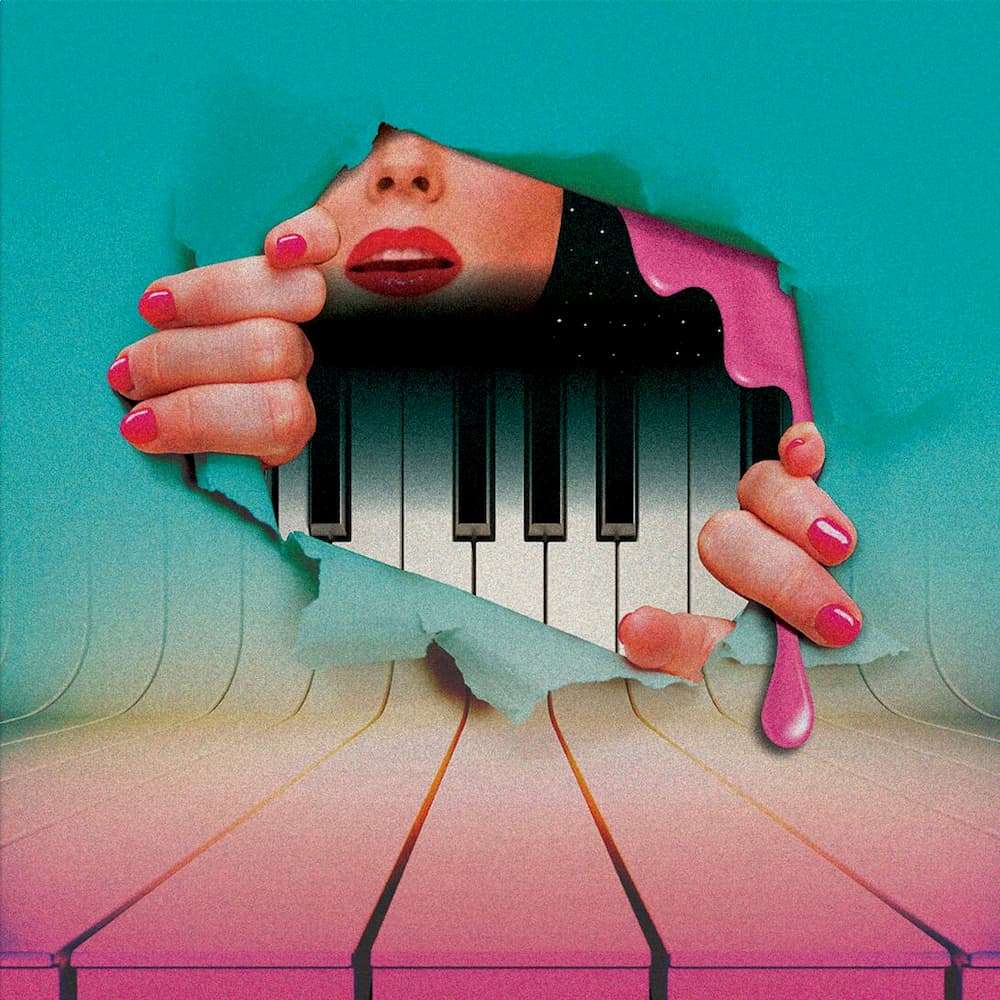 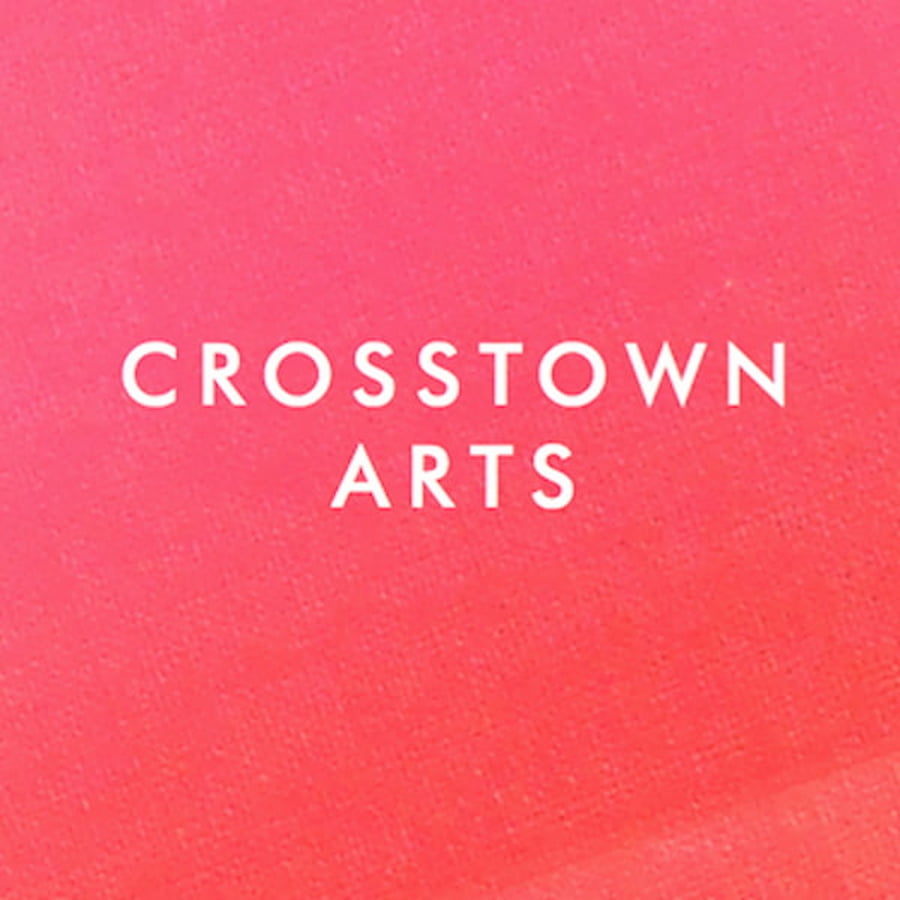 Wilco's Pat Sansone Explores Cult Favorite Instrument on 'Mellotron Variations' Project "Though Wilco is gearing up for its next album, due out in...
Read More

Crosstown Arts ramping up with new venues, concert series, recording studio and more "Crosstown is poised to take advantage of its setup to become a...
Read More

Kraftwerk Celebrate Their 50th Anniversary in 2020 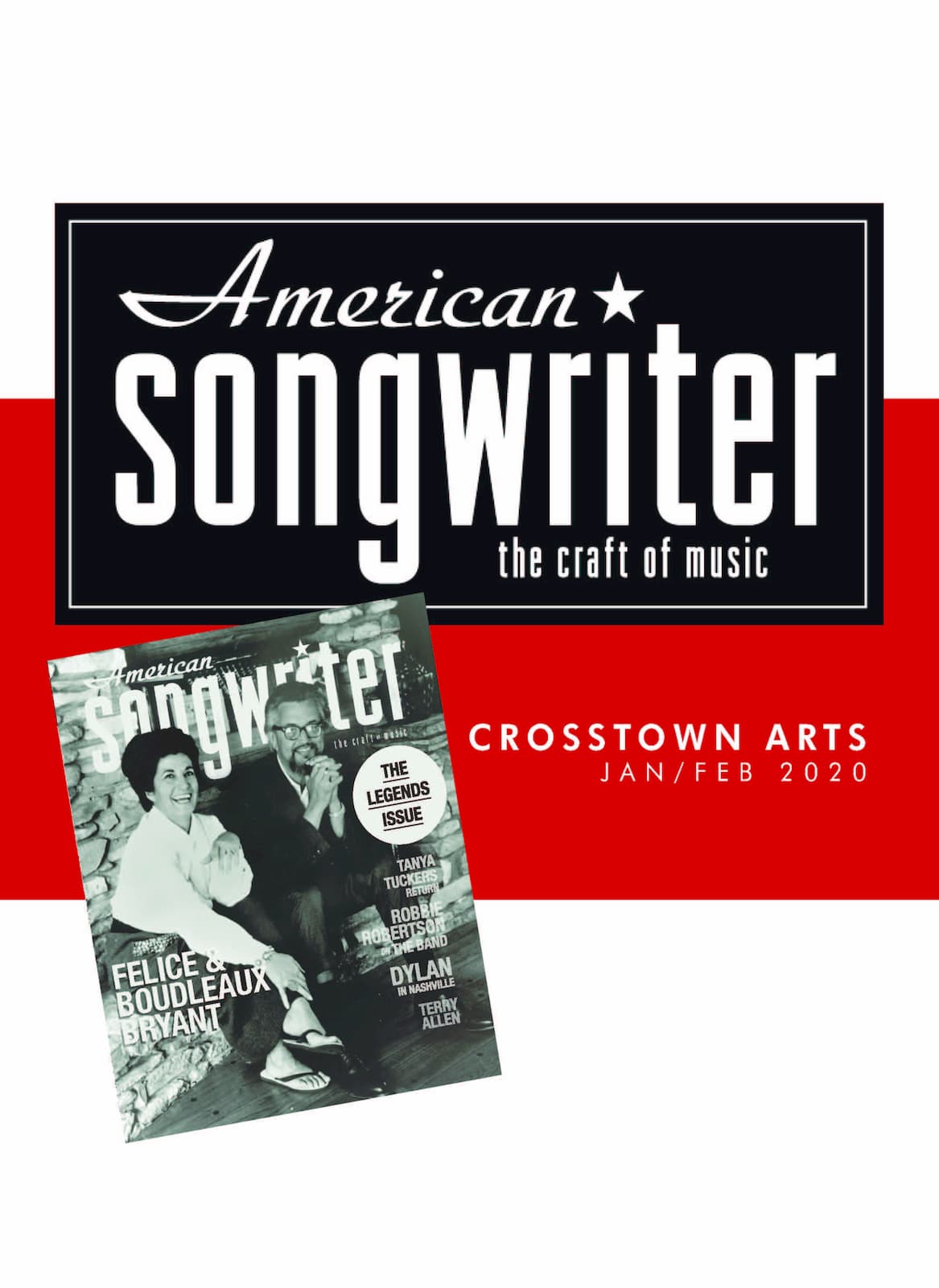 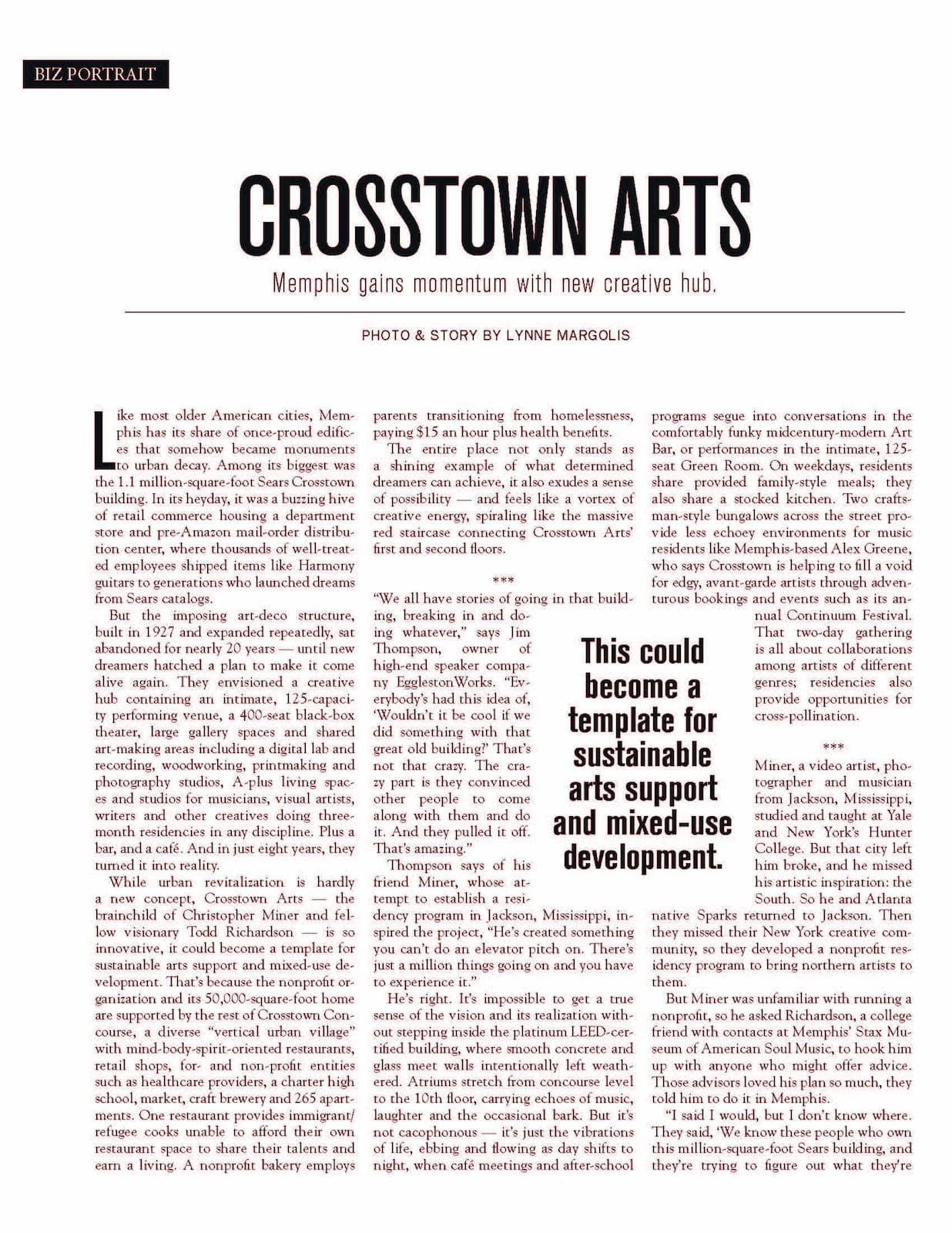 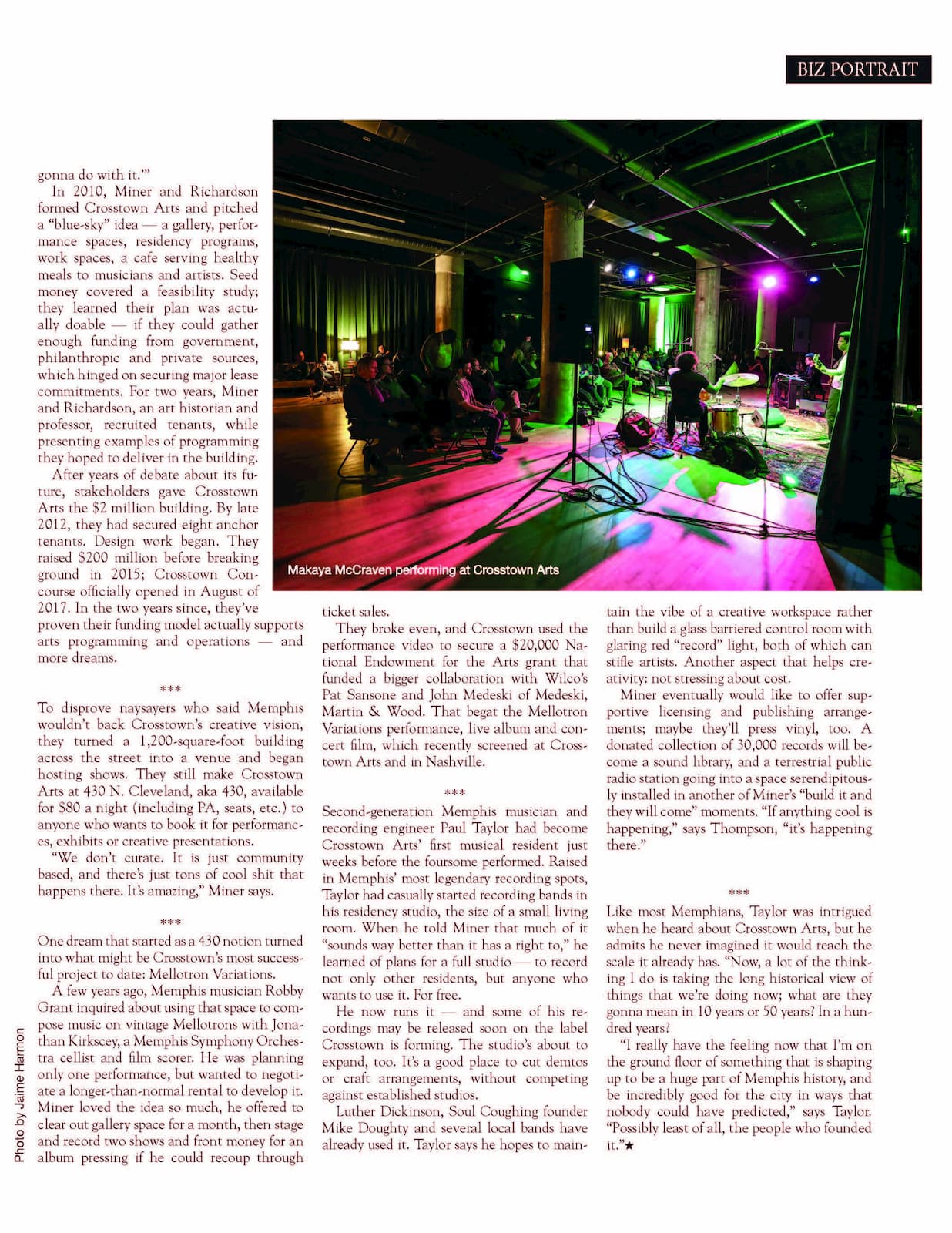 Crosstown Arts was formed in 2010 with two goals: to create a vision for the redevelopment of the historic Sears Crosstown building and to help cultivate Memphis’s creative community.

When co-founders Christopher Miner and Todd Richardson stood in front of the Sears, Roebuck & Co. distribution center in Midtown Memphis, they saw great potential for a multidisciplinary contemporary arts center in the 1.5 million square feet of space.

In 2010, Chris and Todd began working with consultants to complete a feasibility study for the building’s renovation. Meanwhile, Crosstown Arts began hosting a series of events —visual art exhibitions, DIY music shows, free public lectures, artist talks, dinners, collaborative art projects, concerts, and block parties — that pointed to the vibe and vision that a contemporary arts center could generate in the future building. A plan for the contemporary arts center began to emerge that would include a large gallery and exhibition space, a multidisciplinary artist residency program, and shared art-making facilities, amid other programs and events. The values of inclusivity, connectivity, and support for creative exchange among everyone in the creative community, regardless of prior experience, were central to the concept.

By the end of the year, the feasibility study concluded that the renovation project of the former Sears building would be possible — but only with a complex mix of funding sources, including city, county, state, federal, philanthropic, and private financing. Most importantly, a large majority of the space would have to be pre-leased in order to secure financing for the project.

Thanks to the overwhelming support of the surrounding community, in part because of so many personal connections with Sears’ 80-year history in the neighborhood, the project continued to build momentum. As more and more Memphians took a personal interest in the potential reuse of the former Sears building, other organizations saw the allure of the vision. By the end of 2012, eight local organizations had committed to lease over 400,000 square feet of space in the building.

The concept of a “vertical urban village” began to take shape as organizations like Church Health Center, Memphis Teacher Residency, Methodist Le Bonheur Healthcare, St. Jude Children’s Research Hospital, ALSAC/St. Jude, and a host of other highly regarded institutions saw the value of being “better together” alongside Crosstown Arts in the building. Inspired by the idea of joining together to create a place that fostered meaningful interconnectivity, as opposed to just co-locating organizations into a new building, these organizations saw the larger value and potential impact of a diverse range of people sharing space, programming, and resources.

Bolstered by that vision, a team of architects, engineers, designers, attorneys, and real estate professionals began working on the redevelopment project in earnest. Anchored by arts, education, and healthcare, the vertical urban village would include all the elements of a thriving neighborhood, including retail and residential spaces.

With a clearer idea of what the contemporary arts center could look like, and with two years of events and art/music programming underway, in 2013, Crosstown Arts moved to new (previously abandoned) spaces on Cleveland Street alongside several artist studios, recording studios, and small businesses that had been in the neighborhood for years. These storefront spaces would become home to Crosstown Arts’ first iteration of the contemporary art center, including a gallery space with 10 exhibitions per year for local and visiting artists, as well as a performance and exhibition space at 430 N. Cleveland for local artists and musicians to host their own short-term shows.

Soon thereafter, artists, musicians, and other creative organizations showed interest in moving into the neighborhood, which prompted Crosstown Arts to rent more space in the adjacent vacant storefronts. Crosstown Arts helped renovate and sublet spaces to an eclectic mix of new neighbors, including Visible Community Music School, metal working artist Yvonne Bobo, Amurica photo studio, The Hi-Tone music venue, Co-Motion Studio, and Church Health’s publication offices. Soon after, Crosstown Arts built out a space for its after-school literary program, story booth, inside the Cleveland Street Flea Market, which had been operating in the neighborhood for over 15 years.

After moving into the new storefront spaces, Crosstown Arts grew from its two co-founders and several multitasking employees to a staff of 18. After three years of fundraising for the redevelopment project, 30 different sources of financing totaling $200 million were secured to renovate the former Sears building. A groundbreaking celebration was held in February 2015, and the building’s new name — Crosstown Concourse — was unveiled. Construction on the building officially commenced in spring 2015.

By early 2017, a few tenants and residents of the Parcels apartments inside Crosstown Concourse began moving in, while construction on some parts of the building remained underway. In August 2017, Crosstown Concourse celebrated its grand opening as thousands of Memphians enjoyed open houses throughout the building, live music, dance performances, and more.