The Ameripolitan Music Awards celebrated its 7th iteration on Monday, capping a weekend full of activity that included the grand reopening of legendary Memphis venue Hernando’s Hideaway. Tanya Tucker made a surprise appearance at Hernando’s; the historical society placed a plaque on the building; and festival co-producer Dale Watson celebrated his twenty-fifth year as a recording artist. Joined by Jason D. Williams, Dale Watson, and His Lonestars, Tucker sang “Help Me Make It Through the night” and dueted with Dale on “I’ll Fly Away.” Meanwhile, the awards reached new heights this year.

The awards themselves were hosted by Big Sandy (of Big Sandy and His Fly-Rite Boys) and pinup Doris Mayday. Legendary drummer JM Van Eaton, who played on Sun Records by Johnny Cash, Conway Twitty, Roy Orbison, Jerry Lee Lewis, Billy Lee Riley, and more counting over 260 songs) received the Founder of the Sound Award from Jerry Phillips (son of Sam). Phillips poignantly said, “If JM Van Eaton hadn’t played on all those records, I’m not sure my father would have had the success he had.” 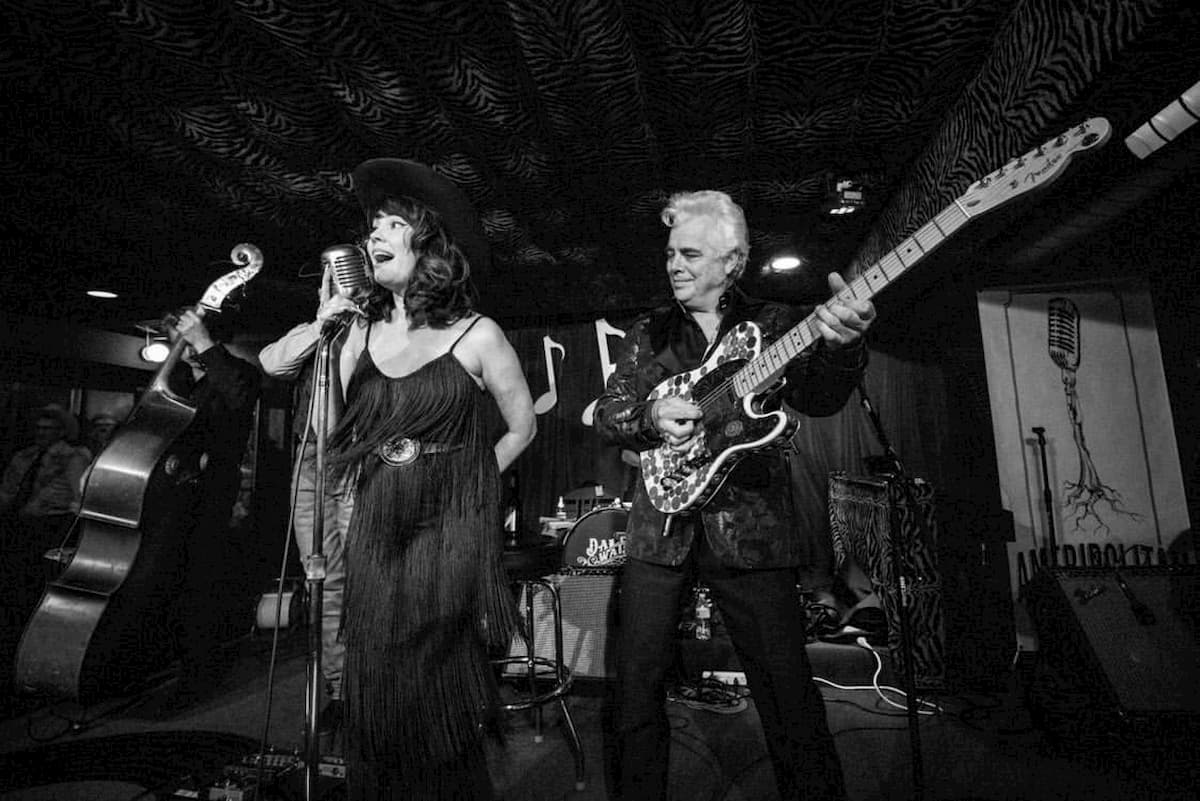