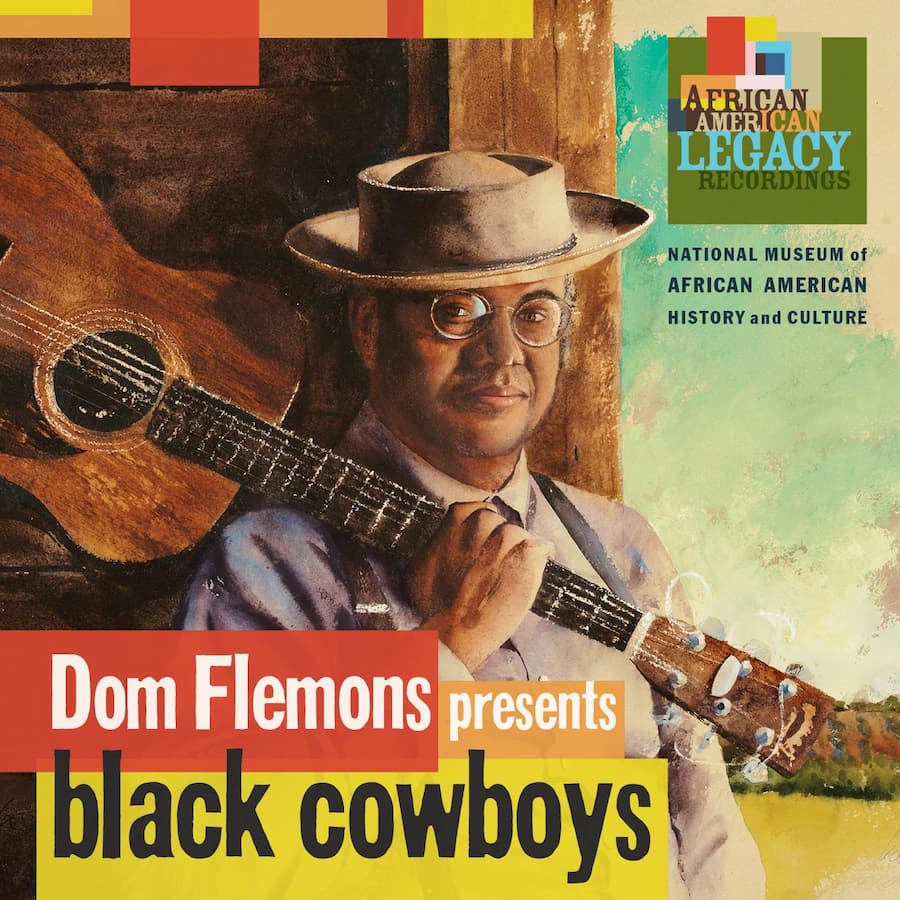 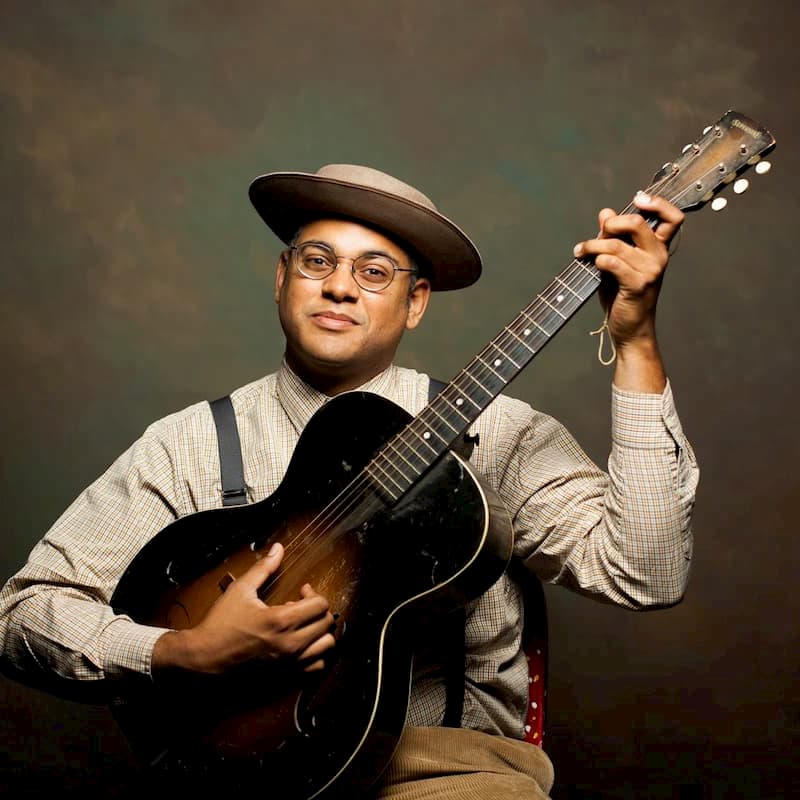 World Cafe Nashville: Dom Flemons "Flemons explored various other musical byroads before setting his sights on the West of his youth and discovering...
Read More

Plus New Single from Dom Flemons & Ben Arthur To Be Released This Week The American Songster Dom Flemons and songwriter Ben Arthur are twice...
Read More

Dom Flemons is originally from Phoenix, Arizona and currently lives in the Chicago area with his family. He has branded the moniker The American Songster® since his repertoire of music covers over 100 years of early American popular music. Flemons is a songwriter, multi-instrumentalist, producer, actor, slam poet, music scholar, historian, and record collector. He is considered an expert player on the banjo, guitar, harmonica, jug, percussion, quills, fife and rhythm bones. Flemons was selected for the prestigious 2020 United States Artists Fellowship Award for the Traditional Arts category which was generously supported by The Andrew W. Mellon Foundation.

In 2020, Dom Flemons re-issued his album titled Prospect Hill: “The American Songster Omnibus on Omnivore Recordings.” The two CD album features three parts: the original Prospect Hill album, the 2015 EP What Got Over, and The Drum Major Instinct which includes twelve previously unissued instrumental tracks. His original song “I Can’t Do It Anymore” was released on a limited edition wax cylinder recording. Recently, he released a cover of the Elmore James classic “Shake Your Money Maker”, recorded at Sun Studio in Memphis, alongside Rev. Peyton’s Big Damn Band and featured guest, legendary guitarist Steve Cropper. He played his six-string banjo (Big Head Joe), Quills, and Bones on Tyler Childers groundbreaking album Long Violent History and played jug alongside Brandford Marsalis on the soundtrack to Ma Rainey’s Black Bottom on Netflix.

In 2019, Flemons was chosen to be a “Spotlight Artist” at the Soundtrack of America event curated by the World Renowned Quincy Jones and EMMY Award Winning Director Steve McQueen. He was featured in the Bank of America and Ken Burns ‘Country Music’ commercial that airs regularly on PBS. Also, Flemons had a successful international solo tour in Spain, France, Belgium, Holland, and served as an U.S representative at the YodelFest in Munich, Germany.

In 2018, Flemons released a solo album titled Dom Flemons Presents Black Cowboys on Smithsonian Folkways and received a GRAMMY Nomination for “Best Folk Album” at the 61st GRAMMY Awards. This recording is part of the African American Legacy Recordings series, co-produced with the Smithsonian National Museum of African American History and Culture in Washington, D.C.

The Black Cowboys album peaked at #4 and has spent over 55 weeks on the BILLBOARD Bluegrass Charts and Flemons was nominated for “Artist of The Year” at the International Folk Music Awards, “Best Acoustic Album” at the Blues Music Awards, and “Best Folk Album” at the Liberia Awards. He won a Wammie Awards for “Best Folk Album”, won a Living Blues Award for “New Recordings/ Traditional & Acoustic album”, and received the ASCAP Foundation Paul Williams “Loved the Liner Notes” Award.

He was the first Artist-in-Residence at the “Making American Music Internship Program” at the Smithsonian National Museum of American History in the summer of 2018.

In 2017, Flemons served as the only U.S. performer at the Rainforest Music Festival in Kuching, Malaysia. He was featured on David Holt’s State of Music on PBS and performed as bluesman Joe Hill Louis on CMT’s original television show “Sun Records”.

In 2005, Flemons co-founded the Carolina Chocolate Drops who won a GRAMMY for “Best Traditional Folk Album” in 2010 and were nominated for “Best Folk Album” in 2012. He left the group to pursue his solo career in 2014. In 2016 the Carolina Chocolate Drops were inducted into the North Carolina Music Hall of Fame and are featured in the Smithsonian National Museum of African American History and Culture. Flemons has archived the legacy of the CCD’s in his personal collection at the Southern Folklife Center at the University of North Carolina in Chapel Hill, NC and at the National Museum of African American Music in Nashville, TN.