The kind of year Nora Brown is having in 2021—playing an NPR Tiny Desk Concert, doing a performance/chat with NPR Weekend Edition, teaching a workshop at Newport Folk Fest, appearing at globalFEST, performing as a headliner at several festivals, earning spotlights on Apple Music’s American Best Songs, New In Acoustic, and Acoustic Coming Soon playlists—would be remarkable for any musician, let alone one who still has to do algebra homework. Of the now-15-year-old artist, one of her mentors, the late celebrated folklorist/pioneering filmmaker/New Lost City Rambler John Cohen explains what sets her apart, saying, “[In her playing,] an intense involvement is revealed as the music appears to wash over her. She sings of experiences way beyond her years, old songs from Appalachian sources, stories that reflect a more difficult way of life.”

The years leading up to 2021 precipitated her status as a “rising star,” according to NPR Weekend Edition. Starting ukulele lessons at six years old and banjo at the age of ten in the Jalopy Theater community with her first mentor, the late Shlomo Pestcoe, Brown played Brooklyn Folk Fest multiple times. Bluegrass legend Alice Gerrard produced her first album Cinnamon Tree, which sold out of its vinyl LP pressing and debuted in the top ten on the Billboard Bluegrass Chart. She joined Concerted Efforts for booking, on a roster with the likes of Rhiannon Giddens, Josh Ritter, Irma Thomas, and Roseanne Cash.

Brown recorded Sidetrack My Engine (September 24 / Jalopy Records) in mono live to tape in a Brooklyn lagering cave built in the 1850s to an Ampex tape machine using vintage RCA ribbon mics. Brown says, “The historic arched ceiling brought some challenges to the session; however, this same unique architecture added depth to the tracks on this record-creating an older sound that reflects the field recordings that guide this music.”

The songs, and instrumentals on this record draw the listener in: They are poignant and transformative, challenging listeners to allow this old and “outsider” music into their present-day life. Brown is joined on several songs by Jackson Lynch and Jerron “Blindboy” Paxton, the latter hailed by the New York Times as “easily the most talented young acoustic bluesman to come along in many, many years.”

Of “Wedding Dress,” Brown says, “Learned this one from the late great, John Cohen who was an excellent friend, mentor, and artist. I was able to visit John numerous times at his home in Putnam Valley, NY. On our visits, John often liked to revisit old field recordings that he collected; sometimes he’d find something interesting that he wanted to learn, or something he wanted to share/teach me himself. This is a tune he taught me, although I’ve adapted and arranged it differently.”

Brown adapted the album-closing medley of 19th century minstrel tunes “Briggs Corn Shucking Jig” and “Camptown Hornpipe” from Rhiannon Giddens. The Jalopy Records artist says, “Because of a racist disregard for black artists during this time period, there is very little documentation of the deeper roots of the old time music we know today.” Brown learned the essential American ballad “Frankie and Albert” in person from the Whitesburg, KY banjo player John Haywood.

Sidetrack My Engine will be available via digital download and on 10” white vinyl in a signed and numbered first edition with liner notes booklet, letterpress download card, and custom printed 100% recycled chipboard jackets with art drawn by Brown. 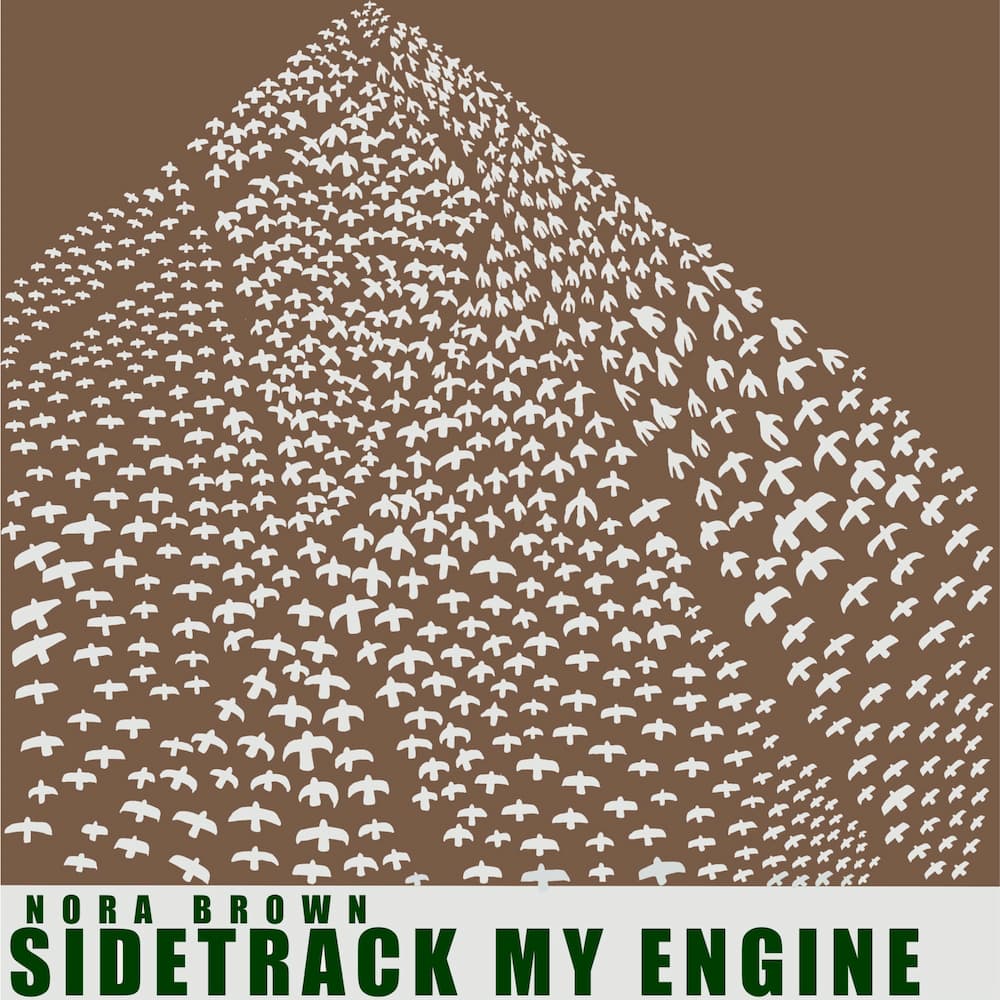