“One of the last significant trumpet players from the 1960s still unleashing the kind of improvisational fury associated with those hard-blowing years.” –JazzTimes

“His sound is big and fierce and raw… defined by heady intellectual content and an animating inner fire.” –Downbeat

New York trumpeter, composer, and arranger Charles Tolliver’s first album in eleven years, Connect, will be released July 31 on Gearbox Records. WBGO premiered a new single entitled “Blue Soul,” which will be commercially available June 23, saying that the music has “so much driving urgency” and calling it “a hard-boppish tune with a backbeat groove.”

On recording with Gearbox, Charles said, “… with both of our collective recording label expertise a recording of my touring band could and would be done. I chose to Connect consummate artists whose performances represent absolutely the real deal in this artform – Lenny White, Buster Williams, Jesse Davis, Keith Brown. The excellent artistry of Binker Golding was added for some tracks by [Gearbox founder] Darrel.”

Tolliver, entirely self-taught, is a remarkable talent who has gained an outstanding reputation as a trumpetist, bandleader, composer, arranger, and educator. Born in Jacksonville, Florida in 1942, his musical career began at the age of eight when his beloved grandmother, Lela, presented him with his first instrument, a cornet, and the inspiration to learn.

Charles Tolliver has been a recipient of the Downbeat Critic’s Choice for the Trumpet category. In 1969 he formed the quartet Music Inc which has become internationally respected for its innovative trumpet quartet approach. Charles and his Music Inc, has toured in North and South America, Europe, Scandinavia, and Japan performing at festivals, concerts, radio and television stations. In 1970 he and his alter ego fellow musician artist Stanley Cowell created Strata-East Records which he has steadfastly kept alive straight into the present.

In recent times, Charles issued his 2007 album, Grammy-nominated big band recording With Love through Blue Note, whilst the Jazz Journalists Association presented him with the “Best Large Ensemble of the Year 2007” award for his new tour de force group, The Charles Tolliver Big Band. In 2009, he released a live big band album entitled Emperor March, recorded at the Blue Note in New York.

Charles’ first ever recording under his own name, Paper Man, was recorded in 1968 with a legendary line-up of Herbie Hancock on keys, Gary Bartz on saxophone, Ron Carter on double bass, and Joe Chambers on drums, and released via the iconic British label Black Lion. Today’s record Connect, released via British jazz-led label Gearbox Records, brings his association with British jazz into full circle, and shows the mentality of an artist who has achieved greatness yet constantly aspires to do more. 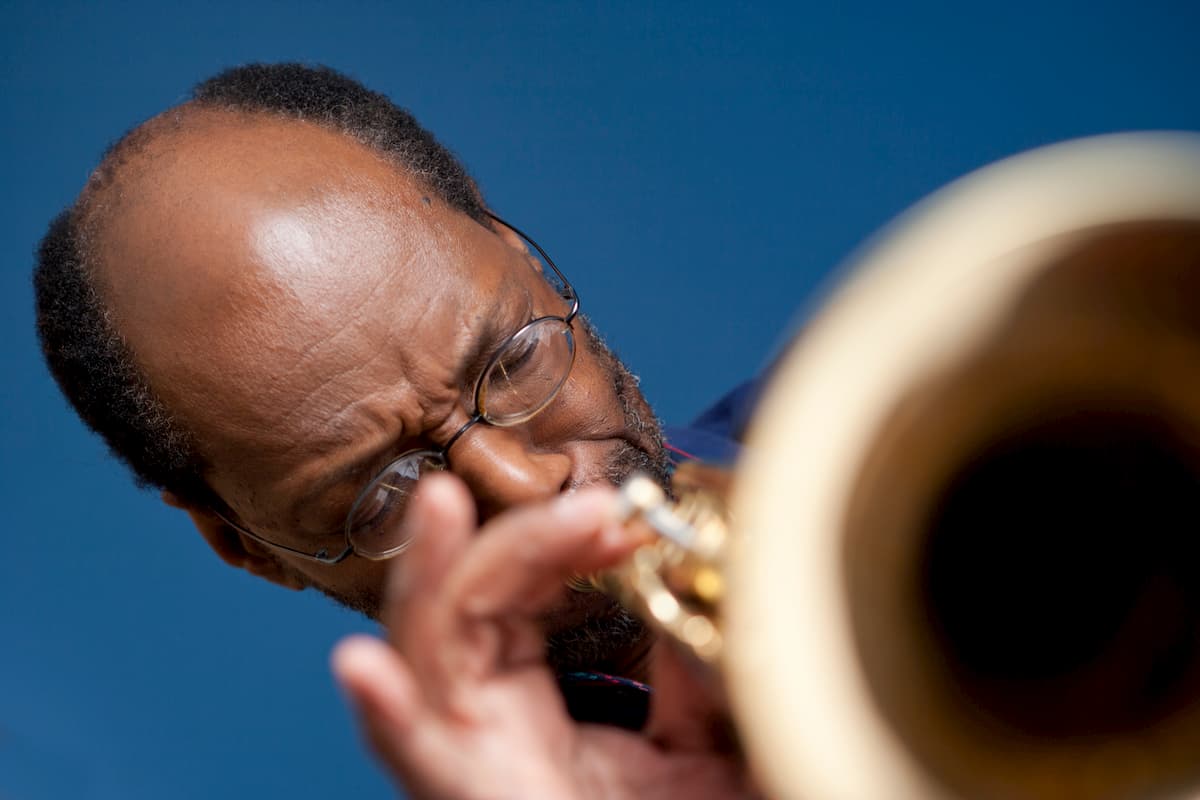