Whatever You Need out May 6 via Producer Bruce Watson’s Bible & Tire Recording Co. as First Single “I Shall Not Be Moved” Out Today

“Johnny Ray Daniels [sings] the blues to chase out the devil.”
–MOJO

“When he hits his signature high notes? Watch out.”
–SoulCountry

Johnny Ray Daniels—76 this year and making music all his life, first rock & roll then sacred soul—will see his debut solo album Whatever You Need released May 6 via producer Bruce Watson’s Bible & Tire Recording Co. Sacred soul fans are anticipating this album following key tracks of his on the compilation album Hanging Tree Guitars (on Music Maker Foundation, which Robert Christgau named his top album of 2020) and the newly-recorded various artists album Sacred Soul of North Carolina (on Bible & Tire Recording Co. / Music Maker Foundation, which earned acclaim from NPR Music, MOJO, DownBeat, and WNYC and which Christgau named his #20 album of 2021).

Daniels’ passionate vocals and sweaty performances will touch fans of vintage-style soul, even non-believers. The whole album encapsulates his lifetime of experiences in unforgettable performance after unforgettable performance. His spirit comes through on the easy-going “I Shall Not Be Moved,” conveying his determination, gratitude, and hope. It’s the first single, which came out today (OK to share). “Whatever You Need” and “Something Within Me” kickstart the album in high gear. “God Is Able” (single out April 12) is the type of Memphis groove one might’ve heard from Hi Records.

Daniels shares his experience of being in a serious car accident during the song “Jesus Is Waiting,” which comes out as a single on March 22. Over the phone later, he recalls, “My kidneys were bleeding. The doctor told me they were going to have to take it out. I prayed to Jesus. A couple of days later, the doctor said, ‘a miracle done happened. Your kidney stopped bleeding.’ I just wanted to tell that
testimony.”

Born in 1946 in the rural Beaver Dam area Greenville, in eastern North Carolina as one of seven children, he sang with his brothers and learned to play guitar from watching his dad. The region was known to have the highest concentration of KKK anywhere in the south. He and some friends started a rock & roll band at the age of 20 called the Soul Twisters, often playing support for national touring acts that came through town.

One night, Daniels’ life changed forever. He was standing on stage at a white nightclub, looking out over the faces of the audience dancing and drinking. “In the blink of an eye, it was like I could hear the Lord saying, ‘You’re in the wrong place,’” he recalls.

He began singing with his church choir while running a business doing carpet and tile installation for the schools in Pitt County, soon learning piano. He married Dorothy Vines, a member of the Vines Sisters group. Daniels played behind every song the Vines Sisters ever sang as the group built up a reputation as one of the most stirring gospel groups in Eastern North Carolina. Holding to a hard-driving old-school quartet style, they were soon dubbed the “Glorifying” Vines Sisters by a local radio DJ, for the way they sang and shouted for the Lord. Daniels drove the Glorifying Vines Sisters on long road trips around the national gospel circuit, often coming home to sleep for four hours before putting in a day of work and getting right back on the road again. They played on bills with legends like the Mighty Clouds of Yoy, Sam Cooke, Shirley Caesar, and the Blind Boys of Alabama.

His son Anthony, leads his own group The Dedicated Men of Zion (DMZ) and continues the musical legacy of the Daniels and Vines families. DMZ’s own album The Devil Don’t Like It comes out March 4 on Bible & Tire and the band has already played an NPR Tiny Desk Concert. Anthony joins Whatever You Need on backing vocals along with Anthony’s daughter and Johnny Ray’s granddaughter KeAmber Daniels. 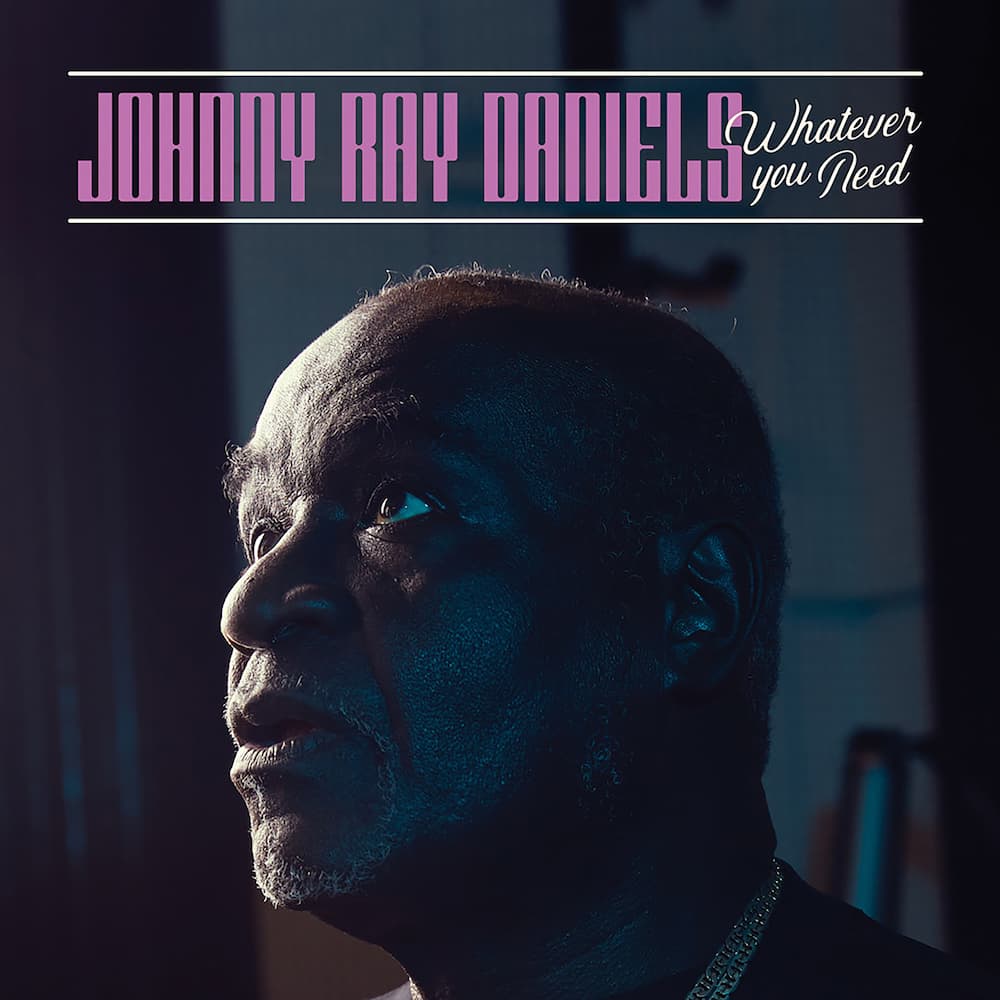