Freight Train Blues celebrates the life and legacy of Piedmont blues legend Elizabeth “Libba” Cotten, born in 1893 in Carrboro, N.C. Cotten’s style was unique and highly regarded by many musicians. Some of her best known compositions, like “Freight Train” and “Shake Sugaree,” have been canonized into the repertoires of American popular culture. Her enduring legacy was featured earlier this year in a piece from Good Morning America, who said she was, “a master storyteller.”

Freight Train Blues honors Elizabeth Cotten’s contributions to American roots music by highlighting the cultural significance, diversity, and vitality of her North Carolina community and its connections to artists across the nation.

The music series hopes to draw attention to Music Maker’s mission and encourage people to donate. Since 1994, Music Maker Relief Foundation (MMRF) has helped over 500 musicians and has been featured on ABC, PBS NewsHour and NPR Weekend Edition. Through its sustenance program, elderly roots musicians living in poverty are given critical support in the form of monthly grants and emergency funding when needed. Emergency grants have seen a considerable uptick during the COVID-19 crisis.

MMRF’s staff are in daily contact with artists and working hard to provide grocery deliveries so that this vulnerable population can stay at home and keep a physical distance from others, per CDC guidelines. Many artists live in rural areas where grocery deliveries are unavailable. To reduce exposure, MMRF is providing artists with preloaded Visa cards to save a trip to the bank or check cashing service.

May 22 – Mandolin Orange – Mandolin Orange’s music radiates a mysterious warmth —their songs feel like whispered secrets, one hand cupped to your ear. The North Carolina duo have built a steady and growing fanbase with this kind of intimacy, and on Tides of A Teardrop, released February 1, 2019 it is more potent than ever. By all accounts, it is the duo’s fullest, richest, and most personal effort. You can hear the air between them—the taut space of shared understanding, as palpable as a magnetic field, that makes their music sound like two halves of an endlessly completing thought. Singer-songwriter Andrew Marlin and multiinstrumentalist Emily Frantz have honed this lamp glow intimacy for years.

May 29 – Phil Cook – Throughout Cook’s career as a prolific songwriter, instrumentalist and producer- during which he has collaborated with The Blind Boys of Alabama, Bon Iver, The Indigo Girls, and Hiss Golden Messenger as well as the released two acclaimed solo albums- Phil has spent the interstitial moments crafting gorgeous melodic meditations on whatever instrument is laying around at the time. His latest album, As Far As I Can See, culls Cook’s favorite moments from out of print releases, as well as four unreleased recordings, into a brilliant companion to his more widely released output.

June 5 – Hiss Golden Messenger – Describing the Durham-based Hiss Golden Messenger is like trying to grasp a forgotten word: It’s always on the tip of your tongue, but hard to speak. Songwriter and bandleader M.C. Taylor’s music is at once familiar, yet impossible to categorize: Elements from the American songbook—the steady, churning acoustic guitar and mandolin, the gospel emotion, the eerie steel guitar tracings, the bobbing and weaving organ and electric piano—provide the bedrock for Taylor’s existential ruminations about parenthood, joy, hope, and loneliness—our delicate, tightrope balance of dark and light—that offer fully engaged contemporary commentary on the present.

June 12 – Lightnin’ Wells – Mike “Lightnin'” Wells breathes new life into the vintage tunes of the 1920s and depression era America employing various appropriate stringed instruments in a dynamic style which he has developed in over 50 years of performing experience. Raised in Eastern North Carolina, Wells learned to play harmonica as a young child and taught himself to play the guitar as he developed a strong interest in traditional blues and folk music.

June 19 – Thomas Rhyant – Rhyant uses music to tell the stories of those who came before him, allowing people to not only understand but emotionally connect with history. When his 93-year-old mother-in-law came to hear his Sam Cooke show — he mixes Cooke tunes with stories about his life — she threw her hip out dancing. “She couldn’t get up the stairs the next day,” Rhyant said, “but every now and then she asks, ‘When are you going to do that Sam Cooke show again?’” 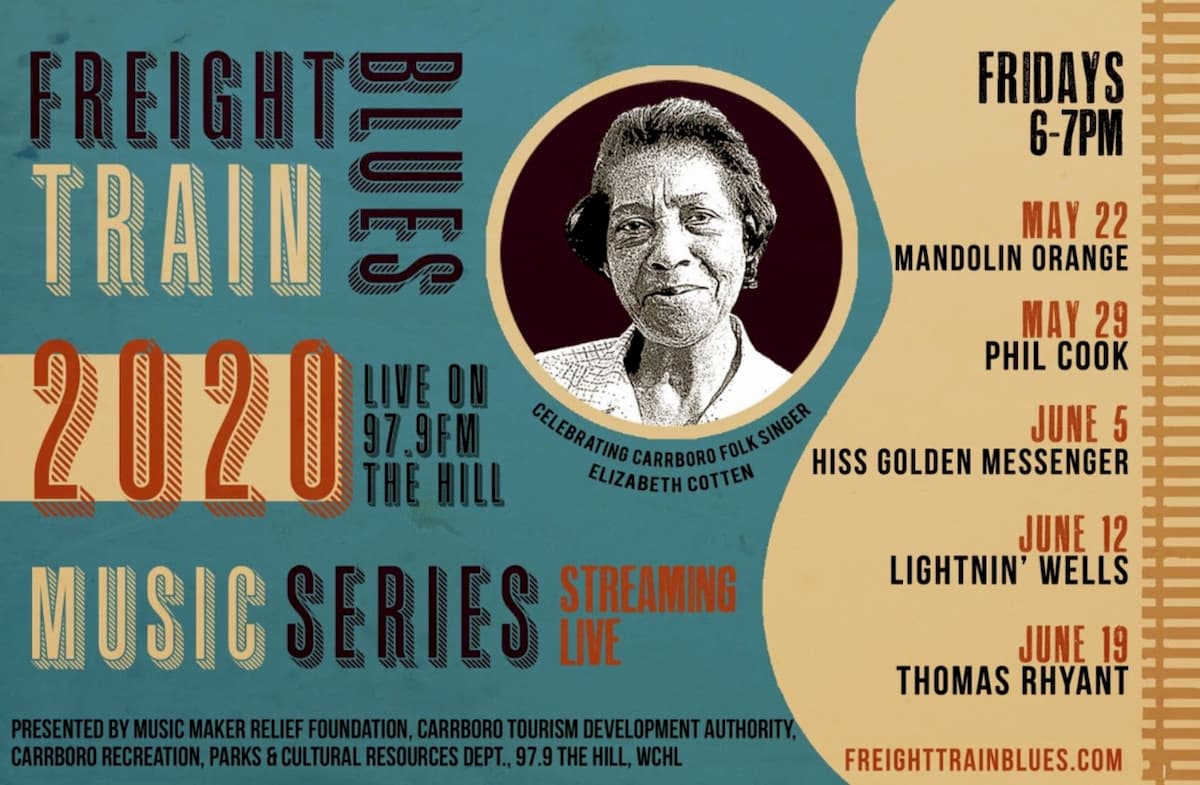