“Goddamn, Howard Grimes the playin’est motherfucker I ever heard in my life. He put that shit down, boy.” – Dave Prater, Sam & Dave

“You do some amazing things on those drums.” -Tom Dowd, to Howard

Legendary hitmaking Memphis drummer Howard Grimes has written his autobiography Timekeeper: My Life In Rhythm with acclaimed writer Preston Lauterbach, which will be released on Devault Graves Books on July 1 as part of the imprint’s Great Music Book Series. Known as Bulldog, Grimes tells his unvarnished story, portraying mid-century Memphis music clubs, juke joints, and cafes in North Memphis and around Beale Street, with WDIA always on the airwaves. In a conversational mode, he unveils tales of recording with Rufus Thomas, William Bell, and Carla Thomas at STAX and on all of Al Green’s genre-defining work at Hi Records. He recounts his immortal percussion contributions to Green’s “Let’s Stay Together” and Ann Peebles’ “I Can’t Stand The Rain.”

Grimes writes, “My beat is the backbone of the Memphis sound. The rhythm of this city runs through my heart. This book isn’t just my story. I’m connected to the Memphis sound.” He recalls absorbing rhythms from the radio, church house floors, and marching bands, and learning his first drum link from a cab driver, first learning to play using ice cream barrels. He dives into his spiritual journey, a connection he credits for his even-tempered outlook that also comes across as a signature in his playing. He vividly brings to life clubs like Currie’s Tropicana and Club Handy, crediting his work in concert with establishing his musical identity backing legends like Marvin Gaye, Bo Diddley, Booker T. & The MGs, The Five Royales, Hank Ballard & The Midniters. Introduced to Jim Stewart at STAX Records’ by his high school classmate Isaac Hayes, he then laid a foundation for hit records by Rufus Thomas, Carla Thomas, Junior Parker, and William Bell before moving to Hi Records, backing Green, Syl Johnson, Willie Mitchell, Otis Clay, Don Bryant, Denise LaSalle, and, in his opinion, the finest vocalist with whom he has worked, O.V. Wright. Of the Hi era, he says, “As hungry as we were, as funky as we were, we put everybody on the charts.”

Grimes spins the tale of Al Green sitting in on a tour gig and blowing away Mitchell and the crowd, resulting in an immediate offer of a recording contract. Grimes has also recorded with Ike and Tina Turner, Cyndi Lauper (in a project nominated for a GRAMMY), Allen Toussaint, and, in a Blues Music Award-winning turn, John Nemeth. Grimes lays out key lessons from his career, such as Willie Mitchell’s two main suggestions: slow down his beat and listen to the story in the lyrics of the songs as he played.

Grimes details his personal journey openly, including almost dying as an infant, encountering corrupt record label practices that left him broke and living with his mother even as he played on million-sellers. He endured a serious van crash on the road, a major racist incident while touring, near misses such as almost recording for Atlantic Records, and a period of homelessness, all the while sustained by his personal relationship to his higher power and the Bible.

Lauterbach was first referred to Grimes after meeting Grimes’ mentor Emerson Able in a funeral home in 2006, an encounter that catalyzed his career as an author, music critic, and historian. 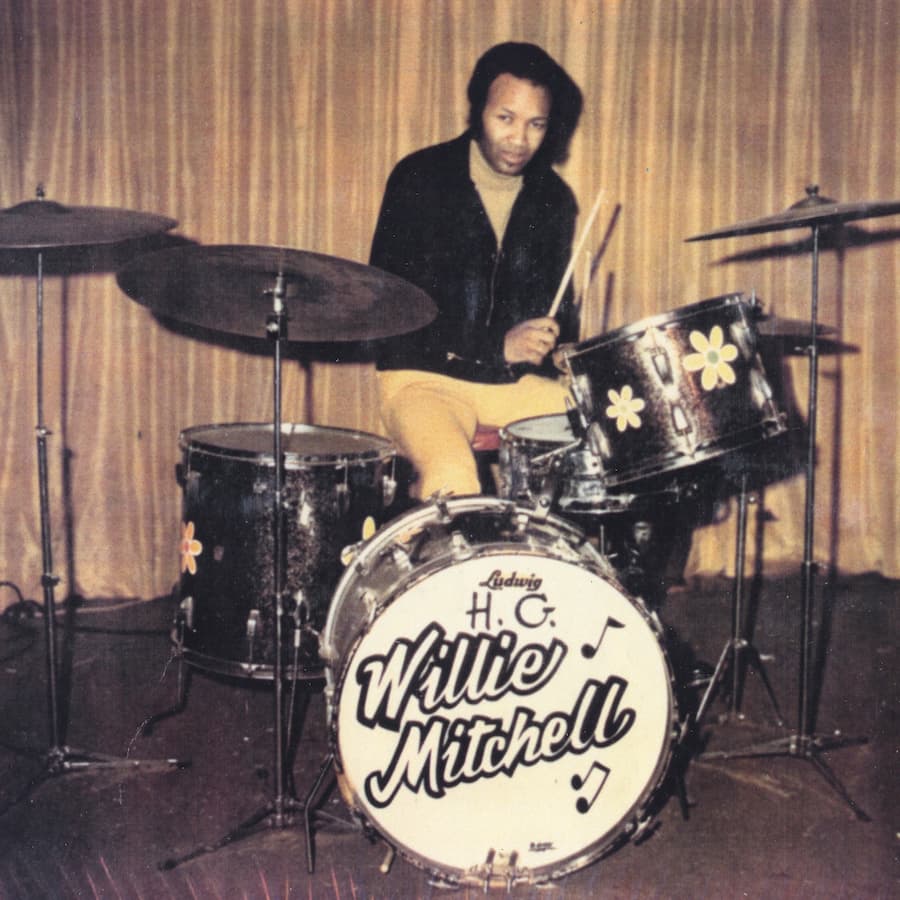