IMOGENE + WILLIE TO RELEASE GRAPHIC T-SHIRT IN ASSOCIATION WITH EVENT

Imogene + Willie will release a graphic tee in association with the event. The party is co-sponsored by Jalopy Records. Free beverages will be provided by sponsors Avondale Brewery, Cathead Distillery (vodka cocktails), and Walker Brothers Beverage Company (hard kombucha). Hear a Spotify playlist of the performers.

The party celebrates the tenth anniversary of Nick Loss-Eaton Media.

12:00 – Leland Sundries
Called “genius” by Dean of Rock Critics Robert Christgau in NOISEY and “heaps of wit and melody” by UNCUT, this Brooklyn, NY/Memphis, TN indie-Americana/rock & roll combo has opened for the likes of Low Cut Connie, Cracker, Chuck Prophet, Anthony D’Amato, and Eilen Jewell and had a song featured on NBC’s Perfect Harmony, starring Bradley Whitford. The band is currently recording its second full-length in Catskill, NY.

12:35 – Jackson Lynch (Jalopy Records)
Long recognized as one of the NYC folk scene’s best singers, Lynch performs regularly at the Brooklyn Folk Festival as well as appearing at the Brooklyn Americana Festival, Oldtone Roots Music Festival and at City Winery. As a former New Orleanian who spends a good deal of time there still, he is also an integral part of the New Orleans music world. He performed a Paste session last fall.

2:20 – Will Stewart (Cornelius Chapel Records)
Stewart hails from Montgomery’s river region, up through West Alabama and over to Birmingham, a brief stint in Tennessee and tumbling back over Red Mountain to settle in East Birmingham. You could describe Will’s sound as “Central Alabama Music.” A little south of Nashville, some might say, yet his impeccable guitar skills sit shotgun only to his masterful songwriting with a knack for infectious melodies in a sepia tone.

2:55 – Sarah Lee Langford (Cornelius Chapel Records)
She once delivered bluegrass birdsong, now she has left that behind for a brash, bright country-folk sound, girded with guitars. Langford clearly knows the American archetypes inside and out, but it’s her ability to imbue them with contemporary humor, beauty, and acidity that gives her songs a big heart and shar[ claws.

3:30 – Janet Simpson (Cornelius Chapel Records)
Simpson has sheltered her dark whimsy under the guise of Delicate Cutters, wielded formidable guitar attacks with bubblegum rockers Teen Getaway, toured the U.S. and Europe with Wooden Wand and the World War IV, and found a new writing partner in fellow Birmingham, AL musician Will Stewart – with whom she fronts the lean, atmosphere-forward duo, Timber, while also lending her many formidable talents to his solo material (and vice versa). She’s a secret weapon on dozens of other albums for a wide array of artists.

4:05 – THE BLIPS (Cornelius Chapel Records)
What happens when five frontmen form a band? Probably disaster. Or, possibly, collaborative beauty. In the case of Birmingham, Alabama’s The Blips, it’s the latter. That group included: Taylor Hollingsworth, Wes McDonald, Eric Wallace, Will Stewart, and Chris McCauley – all Birmingham rock’n’roll mainstays. They gifted us a luscious morsel of power pop and pop punky, garage rock with their self-titled debut that saw the lead single “Inside Out” earn a spot as “Coolest Song in the World” on Little Steven’s Underground Garage, SiriusXM.

4:40 – Christine Sweeney (Nick Loss-Eaton Media)
“One of folk country’s most entrancing new voices” (Holler.Country) Christine Sweeney will release her spirit-lifting sophomore album ‘Heart In a Hurry’ this Friday but already garnered accolades for the soul/folk songwriter and stop-you-in-your-tracks vocalist. Paste called her music “delightful” and Under the Radar called her “a magnetic performer with a show-stopping voice.”

5:15 – Austin Lucas (Cornelius Chapel Records)
Austin Lucas is a punk journeyman, activist and songwriter from Bloomington, Indiana. An American songwriter and political activist currently experiencing a more or less involuntary exile, Austin finds himself isolated in a foreign land, far away from his family and friends. He watches with terror and no small amount of inspirational awe, as his country buckles under the weight of a pandemic and debilitating inflation and yet it’s people find the courage and strength to rise up for a long overdue reckoning with centuries of systemic oppression in musical form.

About Imogene + Willie
Since 2009, we have remained steadfast in our commitment to making all of our clothing here in the USA. Our small-batch production helps us make clothing with intention, while avoiding waste and taking care of those who make them. made with love and made to last.

In the beginning, we had a simple hope to make the perfect fitting jeans, we started Imogene + Willie in a service station in Nashville, where our shop still exists today. as we grow, we remain dedicated to our original mission to preserve made-in-the-USA clothing. 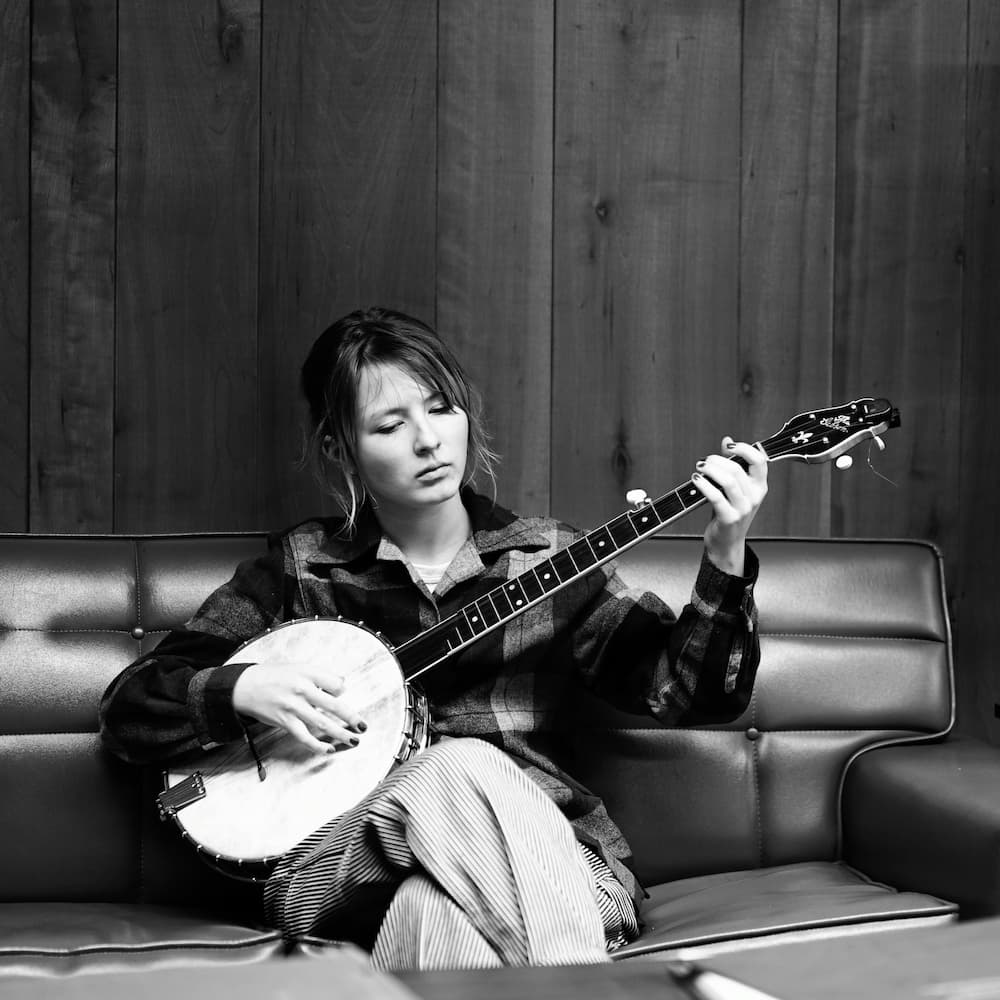