Crown Heights, Brooklyn’s 17-year-old Appalachian-style folk musician Nora Brown’s new album Long Time To Be Gone debuted at number two on the Billboard Magazine Bluegrass chart this week. She has an official showcase at AmericanaFest and will be appearing at a Day Party as well.

Here’s what press is saying:

“A disarming collection of traditional laments and exquisite banjo instrumentals which she recorded in the palatial St. Ann’s Church.”
–Jay Ruttenberg, The New Yorker, August 22, 2023

“Nora has a passion for the music of eastern Kentucky and Tennessee… with a thirst for storytelling.”
–Bob Boilen, NPR All Songs Considered, July 6, 2022

“Long Time to Be Gone is a quietly important record — not simply an enthusiastic chunk of reverence to an old-time ethos, but a work that marks its teenage creator as not only a fine musical talent, but also an educator and evangelist, a living, breathing vessel for the nurturing of a rich and remarkable tradition.”
–Spencer Grady, No Depression, August 23, 2022

“Recorded in a historic church, the minimalist folk songs on Long Time To Be Gone are shadowy and sublime, imbued with a sense of the space in which they were recorded and treated by Brown with the care they deserve… sounds like she made it decades ago in the hills of Eastern Kentucky.”
-Ben Salmon, Bandcamp Daily, September 1, 2022

“Nora Brown has bubbled to the top of Brooklyn’s finest folk musicians [and] gives hope to a new generation of folk lovers, proving old-time music can feel just as new and relevant as ever.”
-Collin Leonard, Atwood Magazine, September 9, 2022

“She’s just now turning 17, but this Brooklyn-based banjo player and singer is perhaps the most talked-about artist in old-time music… Her take on Appalachian music isn’t rollicking but rather stately and refined, achieving tone and depth on her instrument and voice that are rare for anyone. Her new album Long Time To Be Gone, recorded in a church, is intimate, warm and timeless.”
-Craig Havighurst, WMOT.org (Nashville, TN), September 9, 2022

“Hearing Nora Brown for the first time feels strangely comforting, like a warm hug that pulls you in close and feels so reassuring it makes you want to cry. It’s that feeling of knowing that someone truly understands you and sees you for who you are. Like someone knowing all your deepest hurt and sadness and whispering to you that everything is going to be okay… is a kind of stillness to her music that feels like breathing fresh air for the first time in a long time when you listen to it; a gentle antidote to all the blaring endless noise of the modern world.”
-Jof Owen, Holler.Country, August 30, 2022 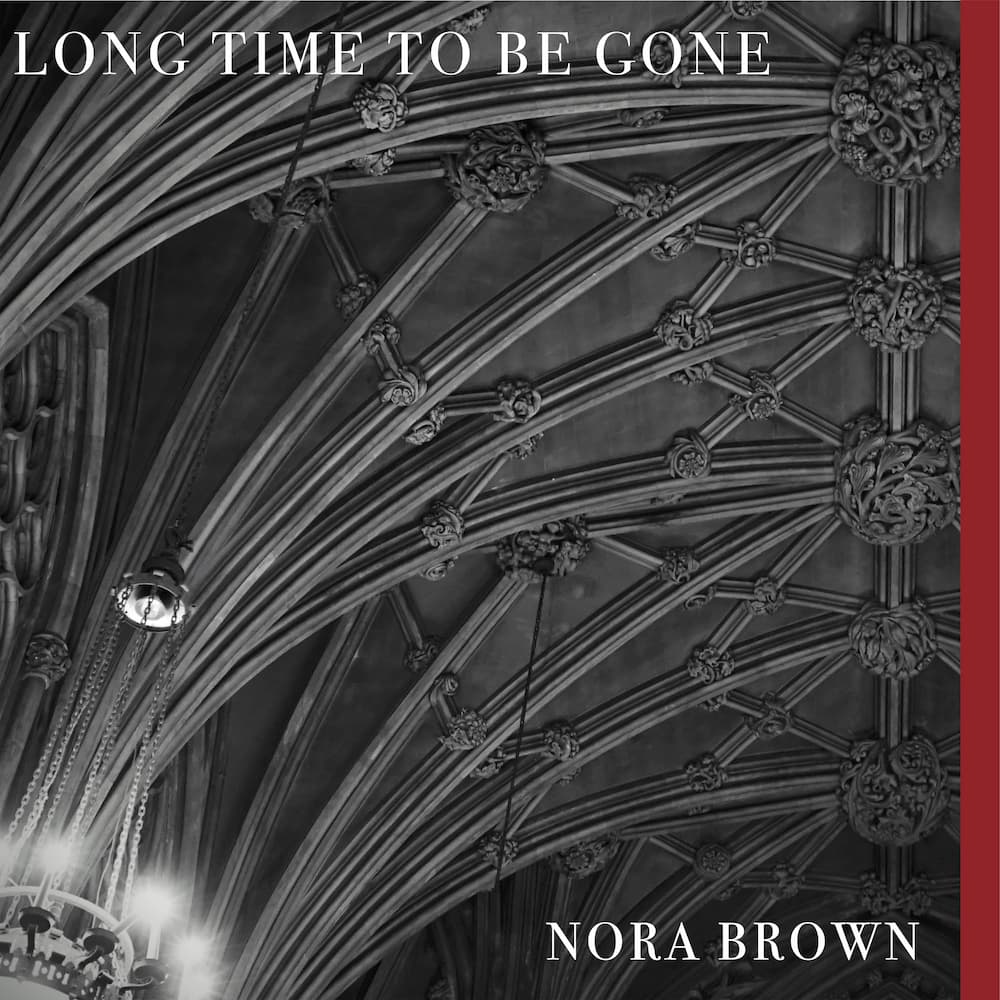