Outlets like NPR, MOJO, WNYC, and DownBeat are hailing Sacred Soul of North Carolina, the compilation album and half-hour documentary film out last week on Bible & Tire Recording Co. and Music Maker Foundation. The landmark collection was newly recorded by producers Bruce Watson (also of Fat Possum and Big Legal Mess) and Tim Duffy (Music Maker) in rural eastern North Carolina, where families and their musical traditions stretch back to the 17th Century. Each group ups the ante on the one before it, with sweaty, impassioned quartet singing that moves the soul as well as the feet. NPR Music ran an excerpt from the film.

Faith and Harmony is a family group — two sets of three sisters who are first cousins, who grew up singing together in Greenville, NC. When they officially formed the group in 2012, they solidified their commitment to carrying on the family’s musical legacy. “You know how they pass the baton in a relay race?” asks member Ke’Amber Daniels. “Now it’s our turn to carry it as far as we can, until hopefully we’ll be able to leave a legacy for our kids — and the future generations to come.”

Here’s what else we’ve read:

“In the town of Fountain, they documented the area’s rich musical tradition called sacred soul, a musical style whose roots go back for generations… it’s got a classic soul vibe.”
–John Schaefer, WNYC New Sounds, September 7, 2021

“The powerful singing seems to shout back the demons in a region that lives with a legacy of devastating racial discrimination… Learning more about North Carolina’s… ‘sacred soul’ as Duffy and Watson call it, has been astonishing even for those roots-music aficionados.”
–Alan Richard, Soul Country, August 17, 2021

“Grade: A… A home run [and] non-stop delight… What makes this comp so vital is skill honed through passion and community-strengthening conviction”
–Joseph Neff, The Vinyl District, October 14, 2021

“Musical praise in its rawest, most vital form… Though sacred soul retains the elemental, stripped-down building blocks of early gospel, the genre should not be considered an archaeological artifact, unchanged and preserved in amber ever since the end of the 17th century… The result is a collection of music that crosses boundaries, blending profane blues, R&B, rock ‘n’ roll and soul with the sacred gospel of the Black church. You can hear the weight of the ages in the voices of singers and community leaders like Alice Vines and Johnny Ray Daniels, yet there is a buoyancy, a surge of human emotion in these hymns, grooves and singalongs. Outside their pocket of eastern North Carolina, many of these gospel performers have gone unheard, unseen and unsung — until now.”
–Pat Moran, Queen City Nerve (NC), October 11, 2021

“What Watson and Duffy found was an incredible trove of talent, passion, and the building blocks of soul and funk and really, all of modern music. The culture and faith are completely vibrant, especially remarkable in that so little music from this rural region has been recorded previously.”
–American Blues Scene, October 12, 2021

“Lord have mercy — this compilation of southern gospel is nothing short of heavenly.”
–Daryl Sterdan, Tinnitist, October 15, 2021 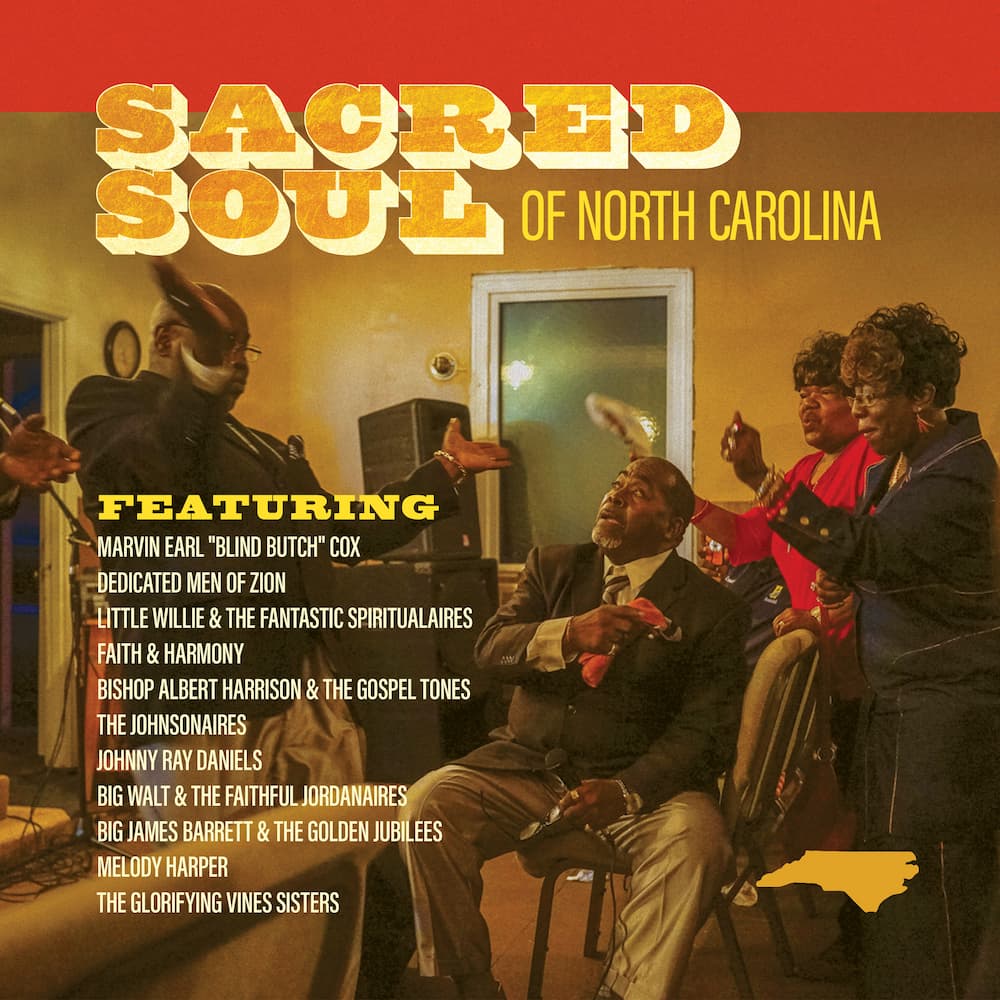