Jazz supergroup the Cookers—whose members have played with many of the all-time greats of jazz and whose album Look Out! (Gearbox Records) is ranked among 2021’s best by NPR Music, OffBeat, Jazz Times, the Jazz Critics’ Poll, and more—will tour this winter.

DownBeat Magazine has the band on the cover of its January issue. The Magazine’s Ted Panken writes, “The collective septet uncorks rarified levels of inflamed soul improvisation emblematic of the Cookers’ brand. This is not hyperbole. Each member of The Cookers is a model practitioner of the go-for-the-jugular, kinetic, swing-oriented esthetic… playing music tempered by a. master control that maneuvers the flame with a Michelin chef’s finesse and discipline.”

Meanwhile, Cookers’ members Billy Hart (drums) and Donald Harrison (saxophone) will be honored as Jazz Masters by the National Endowment for the Arts in a ceremony this spring.

PRAISE FOR LOOK OUT!:

“The Cookers, a group of luminaries mostly now in their 70s and 80s, have managed to retain the rough-and-tumble spirit of their old work, while accepting the laurels that have rightfully come to them. On their new album, Look Out, a bristling collection of originals, the old feeling is newly alive.”
–-Giovanni Russonello, New York Times

“If I have to choose one standout this year, my pick is The Cookers’ sixth studio album, Look Out!.”
–Shannon J. Effinger, NPR Music

“One of my favorite groups, period… The great thing about having four horns is, you can set up some really lush and beautiful melodies and explore complex counterpoint and harmony, and these guys do all of that as the rhythm section surges and crashes behind them.”
–Phil Freeman, Stereogum

“One of the hardest working groups in contemporary jazz… originals that plug effortlessly into the spirit and lexicon of those milestones… The fact that all of this comes across as a living music, and more than a mere exercise in nostalgia, speaks volumes about The Cookers’ considerable chops as both composers and performers of bona fide deep jazz.”
–Daniel Spicer, The Wire

“Fierce… If you’re looking for a take-no-prisoners approach to improvisation performed by living masters of our music, then look no further than The Cookers… Could rival any superhero squad for extraordinary powers, esprit de corps, and a burning sense of purpose. The all-star group.”
–Nate Chinen, WBGO.org

“Supreme hard-hitting jazz… These are the cats that make it sizzle… While there is generous solo space for each musician to take off with enthusiastic support from the group, the ensemble work is magnificently impressive… The legendary musicians here were some of the creators of the new sound that followed the bebop era of jazz. Their improvisational powers remain dangerously potent as warned by the album’s title, Look Out!”
–Geraldine Wyckoff, OffBeat Magazine 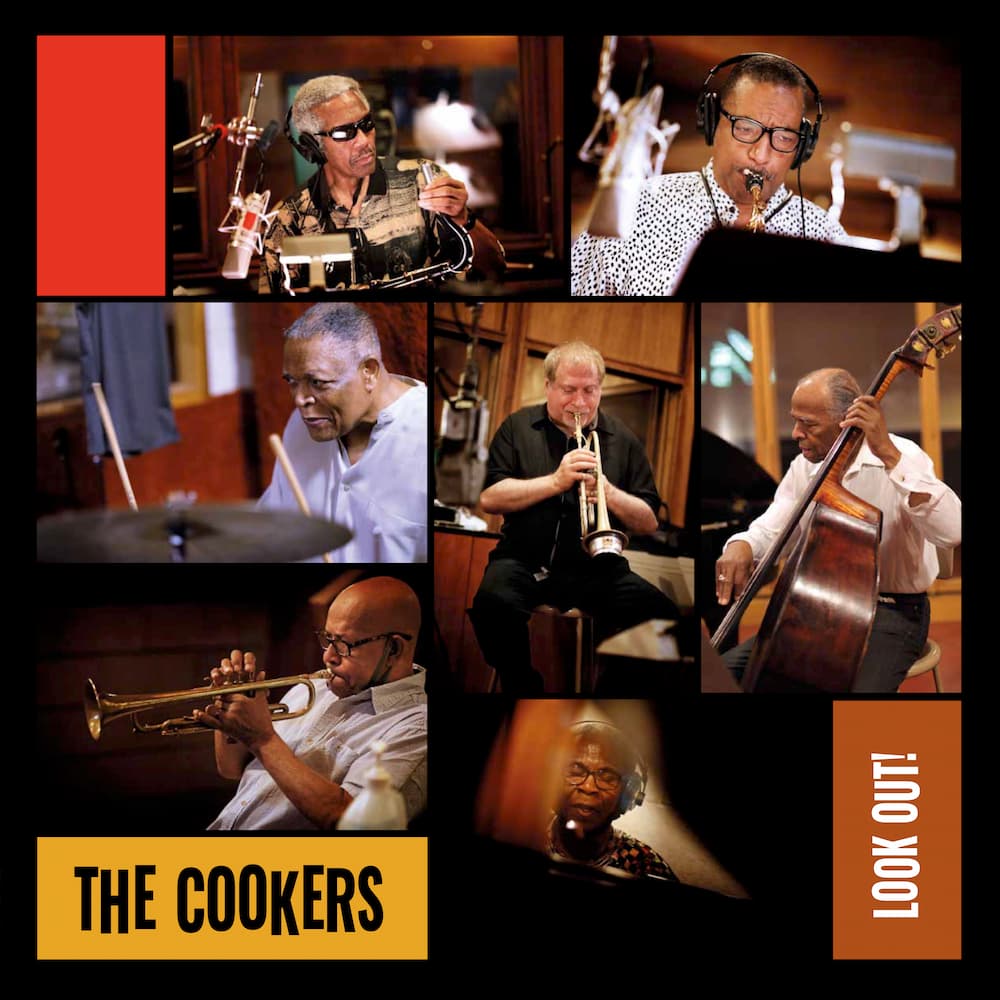