“Eric Andersen is a great ballad singer and writer.” – Bob Dylan
“A singer and songwriter of the first rank.” —The New York Times

‘Woodstock Under the Stars’ includes two live versions of six of the same titles recorded at different venues with different musicians accompanying Andersen. It features more recent songs as well as some of his early classics “Thirsty Boots” (which has been recorded by Bob Dylan and Judy Collins), two versions of “Violets of Dawn” (which Leonard Cohen told Andersen had inspired him to write songs himself) and “Close the Door Lightly” (which Johnny Cash & June Carter Cash recorded). Discs two and three come from a 2011 live stream performance; all were recorded in Woodstock, NY except for two Danko/Fjeld/Andersen tracks from the Molde International Jazz Festival in Norway. Andersen reflects, “Living or performing in Woodstock is very special. More than just crossing a musical river, it represents one of America’s great fountains of music.”

Andersen’s songs have been covered by many other artists, including Linda Ronstadt, The Grateful Dead, John Denver, Rick Nelson, Gillian Welch, Pete Seeger, Fairport Convention, and Mary Chapin Carpenter. Andersen’s work has always been at the center of the cultural zeitgeist, from the songwriting circles of 1960s Greenwich Village to recording in Nashville in the 1970s; from appearing on TV’s The Johnny Cash Show to living in the Chelsea Hotel with Patti Smith, Kris Kristofferson, Sam Shepard, and Leonard Cohen; from teaching open tunings to a young Joni Mitchell to having a verbal commitment to join the roster from Beatles’ manager Brian Epstein before his untimely passing; from collaborating musically with Lou Reed, The Grateful Dead (on “Weather Report Suite”), Townes Van Zandt, and Rick Danko to responding to the global rise of fascism with the powerful album opener “Rain Falls Down In Amsterdam.”

All songs written by Eric Andersen except where noted.

1. Welcome (Introduction)
2. Rain Falls Down in Amsterdam
3. Dance of Love and Death
4. Is it Really Love at All
5. Eyes of the Immigrant
6. Singin’ Man
7. Mary I’m Comin’ Back Home
8. Buckets of Rain (performed by Happy Traum, written by Bob Dylan)
9. Moonchild River Song
10. Sinking Deeper into You
11. Woman, She Was Gentle 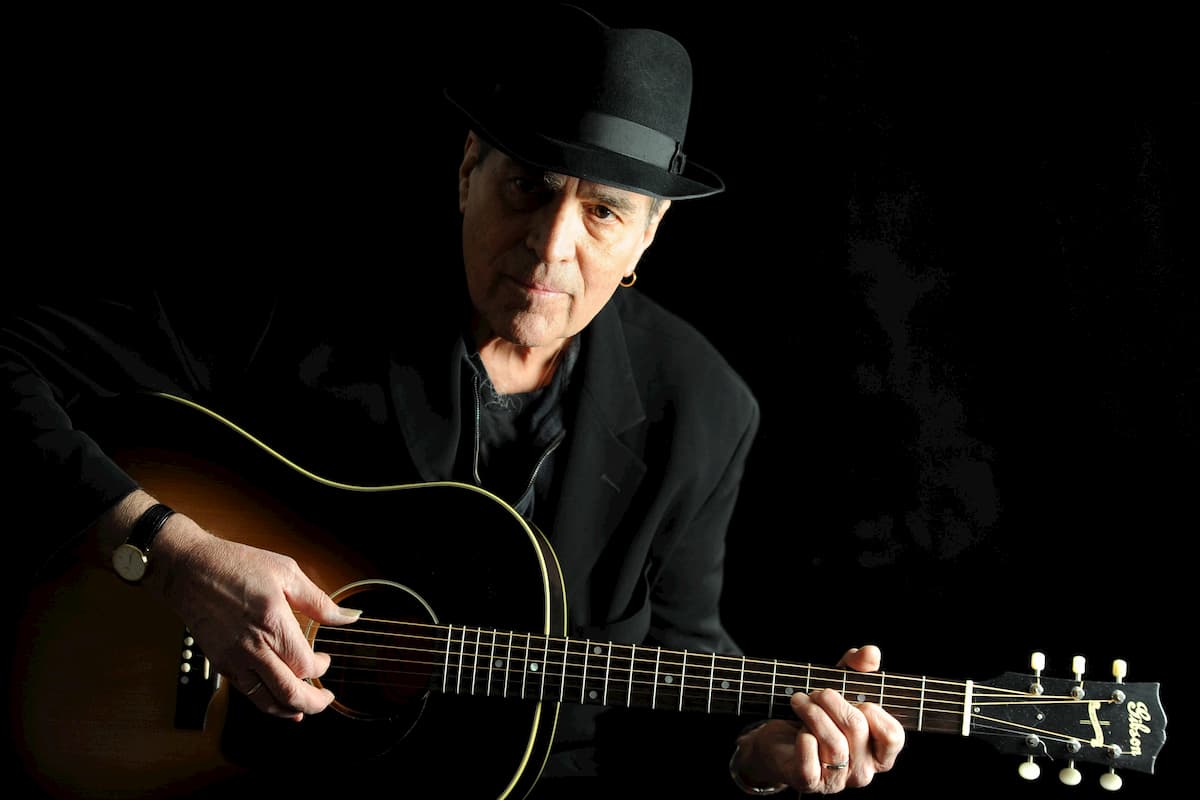